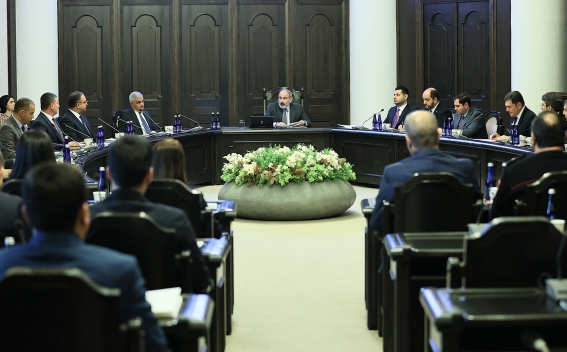 The Government approved the drafts laws to make amendments and additions to the Tax Code and Code on Administrative offenses of the Republic of Armenia and considered their discussion in the National Assembly as urgent. The goal of the drafts is to introduce a system of universal declaration of income of individuals in the country. The declaration must be submitted by April 20 of the tax year following each reporting period. The draft proposes to implement the declaration system in three stages: in 2023, 2024 and 2025, according to groups of declarants. The draft proposes to establish a number of other regulations aimed at simplifying the application of the declaration system and increasing its efficiency.

As mentioned by Minister of Finance Tigran Khachatryan, each individual declarant will have an identified account in the declaration system. "With the identification data provided by the tax authority, the declarant, entering the electronic system of tax reports, will find the pre-filled declaration for him there, will check the accuracy of the filled-in data, if necessary, will make changes or additions to them and approve the final version of the declarations," the Minister said.

Along with the declaration system, it is also planned to introduce promotional measures through the social credit system, within the framework of which the persons submitting the declaration will have the opportunity to get back from the income tax certain amounts equivalent to costs they or some of their family members have paid during the tax year for healthcare, education and housing.

Nikol Pashinyan, referring to the introduction of the system of universal income declaration of individuals, called it a very important step. "We are making a decision regarding one of the most important institutions of the state. The logic of such steps perhaps derives from our ideological understanding that the state and the Republic of Armenia can survive only based on the existence of the will of its citizens to have a state. In other words, a state, especially a democratic state is based on the citizens' will to have a state. This is an institution that records this very will. The citizen, in fact, registers his will to have a state with these and a number of other institutions, and this is extremely important."

The Government adopted a decision "On granting authority to the Mayor of Yerevan". Accordingly, the executive has decided to authorize the Mayor of Yerevan to sign an agreement on behalf of the Republic of Armenia with the acquiring company through direct negotiations, without a tender, in the emergency buildings at N 10 and 17 Arzumanyan Street in Yerevan and in the adjacent areas during the process of expropriation of property, defining the rights, duties and responsibilities of the state and the acquirer. As a result, it will be possible to recognize overriding public interest in the mentioned area and implement the developed urban development plan. Nikol Pashinyan noted that this mechanism aimed at solving the problem has been discussed for a long time. "You know that there is a rather serious problem of emergency buildings in the country. We have been discussing for a long time how to make the issue of replacing the dilapidated buildings with new housing stock a reality, so that the citizens living in those buildings get equivalent apartments."

The Government made redistribution in the state budget and made changes and additions to one of the previously adopted decisions, by which it is planned to increase funding for some measures. In particular, 1 billion 235 million AMD will be allocated to complete the construction of the vital road network project, the Vanadzor-Alaverdi-Bagratashen and Talin-Landjik road sections. As noted by Minister of Territorial Administration and Infrastructure Gnel Sanosyan, 595 million AMD will be allocated for the vital road network project, 460 million AMD for the M-6 Vanadzor-Alaverdi-Bagratashen road, and 180 million AMD for the Talin-Lanjik road section. "There are quite many road sections, the construction of which are in progress. 18.7 km out of 20 km of the Tatev-Ltsen road section is asphalted. If we manage to asphalt the Shamb-Ltsen section as well, it will turn out that we will be able to use the road in winter," said the Minister.

Responding, Nikol Pashinyan said that everything should be done so that the trucks going to and coming from the Islamic Republic of Iran could travel on that road this winter.