Azerbaijan responds to Armenia’s proposals, Pashinyan-Aliyev meeting by yearend not ruled out 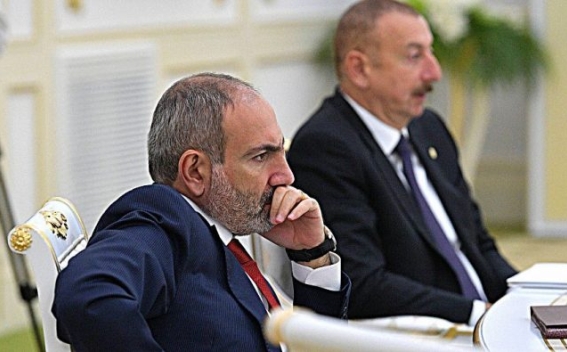 Armenia has received proposals from Azerbaijan on the peace treaty, a senior lawmaker said, Armenpress reports.

The proposals are Azerbaijan’s response to Armenia’s proposals, Member of Parliament and Chair of the Foreign Relations Committee Eduard Aghajanyan told reporters.

“The Armenian side received Azerbaijan’s proposals, which are basically the response to the Armenian side’s proposals. Meaning, we can say that the third round of these proposals is under discussion,” Aghajanyan said without elaborating.

Asked whether or not a meeting between the Armenian and Azerbaijani leaders or foreign ministers could take place by yearend, Aghajanyan said: “Yes, I think we can’t rule it out.”
Հայերեն На русском