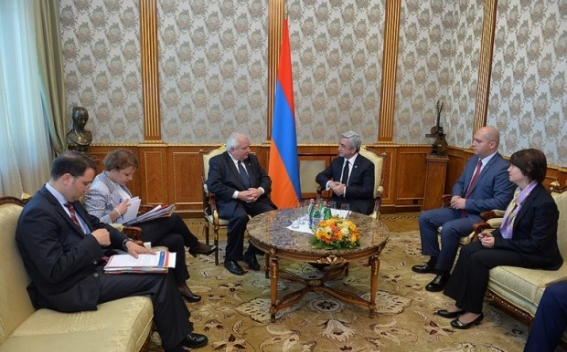 The Armenian President thanked the EPP leader for accepting the invitation and participating in the ceremonies dedicated to the Centennial of the Armenian Genocide. He also stressed the EPP’s, particularly, Daul’s personal contribution to the European Parliament’s recent adoption of a resolution condemning the Armenian Genocide.Joseph Daul, in his turn, highlighted that Friday’s remembrance ceremony was very important for him.

During the conversation the Armenian President and the EPP leader discussed Armenia-European Union (EU) cooperation, and preparations for the upcoming EU Eastern Partnership Summit which will be convened in the Latvian capital city of Riga.