What Is Behind Reduction of Income Inequality in Armenia? 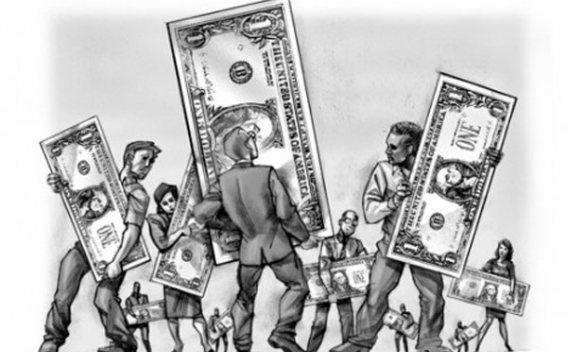 In the report it is particularly stated that in Armenia at present the balance of incomes between the 20% richest and  20% the poorest people  is 4.6%, while during the last years it was 10%. At the same time reflecting the improved statistics of poverty reduction as compared to 1990s the report  in general  states the recorded progress.

No doubt the impact of the reports and estimations presented by the international organizations  usually have immediate impact on the country’s economy to which the report refers. The most sensitive ones to a reaction of an international organization on this or that indicator of the economy are speculators with their negative or positive predictions. Following this logic it is to be stated that the report of the UN will form a positive atmosphere in Armenia. However we should also be a bit caution to what refers to  our expectations.  First of all not having large exchange market  and consequently large platform for speculators, the predications of speculators in Armenia are usually based on the derivative results of bigger markets. This means that positive predictions and positive interest rates are to be witnessed, but not to the extent, that will allow to see substantial results in short-time period.  It is important to also mention that although the impact of speculative reactions can be witnessed immediately however they have short-time impact and do not substantially effect main economic processes in the country.

In the above mentioned  UN report the percentage of the poorest people has reduced for 85% as compared to 1990s in Armenia. This means that the incomes also increase by the same proportionality. However, here we have no reference to the number of population.  At the end of 1990s, according to the official data the number of population in the Republic of Armenia  was 3226.9 thousand, while in 2014, we have 3.010.6 thousand (RA NSS). Here we witness the decrease in the number of population, which could not leave  the income distribution indicators unaffected.

However for the picture to be complete we cannot ignore the fact that the issue of unequal distribution of incomes has been one of the priorities directions for the government of Armenia in recent years, so no one can exclude that the UN report is also the result of the work done on this direction