The Russian Signs a Threat to Georgia's Transit Potential 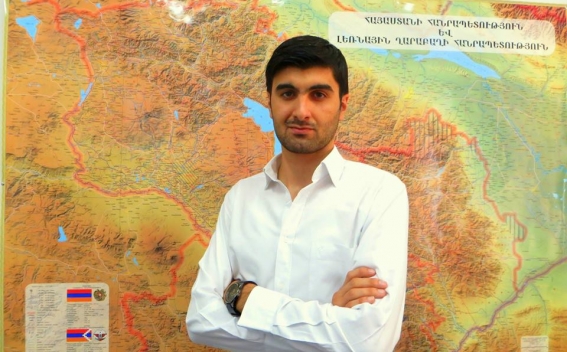 During July 10-11, at the South Ossetia borders, the Russian frontier guards installed new signs, which caused a stormy reaction by the Georgian side. The Georgian leadership, according to the Prime Minister Garibashvili, has taken all available diplomatic steps in connection with the incident, in particular, the Georgian side intends to raise the issue of border movement of UN, OSCE and other international organizations. The Georgian side even presented a note of protest to Russia, with the help of Switzerland.

It is noteworthy that the Georgian opposition and public circles are also very active on the border issue. Georgian opposition demands for a more practical and decisive action, and non-governmental organizations issued a joint statement containing criticism towards Russia, besides quite a serious campaign has started on Facebook.

Though transfer of border signs, as well as building barbed wire has been done before, this time the furious reaction of the Georgian side was more obvious. This is probably explained by several factors.

New signs have appeared in the village Tsitelubani in Gori district and Akhalgoryan village in Orchosani district, as a result of which a section of the Baku-Supsa pipeline had been set apart. 830 km long pipeline yearly provides around 31 million barrels of oil to Black Sea Supsa port from Georgia. As a result of the border signs, around 1605 meter of the pipeline has appeared under the control of the South Ossetian border-guards, which involves quite serious challenges in terms of its further exploitation. This situation is hitting both Georgia’s reputation as a transit country, as well as the country's energy security. Perhaps such risks have forced the Georgian leadership to already think about  the alternative route construction for this "captive" segment of the pipeline. It is significant that the South Ossetian authorities also referred to the pipeline's fate telling that in case of any problem related to the operation of the pipeline, the British Petrolium company may apply to them.

The other possible reason of Georgia's tough response, is that the new frontier is located only 500 meters from the Georgia's East-West highway, which through which both local and international transit traffic passes. Indeed, for a country with ambitions of becoming a major hub for international transit, such developments are rather risky and seriously undermine the reputation of the country.

The tough response of the Georgian side had also some humanitarian reasons. As before, now also, because of the transfer of marginal signs, the lands of a number of residents from Georgian villages remained on the other side of the border. The authorities realize that the failure to protect their own citizens and their property is a serious blow to their image. In addition, despite the South Ossetian border-guards assurances that farmers can use their own lands, the experience shows that the appearance of border signs is followed by the strengthening of borders by fixing barbed wires along.

Besides the reasons of furious reaction of Georgian side, it is also quite interesting to understand the reason of the Russian side to move forward the border signs. First of all, it should be noted that Moscow is categorically against any criticism in this regard and insists that concerning the border problems Georgia should contact South Ossetia and not Russia. This approach is well thought, since it is obvious that Georgia still considers Abkhazia and South Ossetia as integral parts, and will not take such a step.

The fact that the Russian side stands behind all this, can also be proved by the last year's agreement between Russia and South Ossetia, according to which Russia has undertaken the South Ossetian security issues, including border protection. As for Moscow's motives of giving such orders to Russian border guards, it is important to look through the two military agreements signed with Georgia during the past month.

This particularly refers to the French ThalesRaytheonSystems (TRS) company and MBDA missiles company’s agreements signed with Georgia as a result of which Georgia will receive modern air defense means. Of course, Russia is aware that the weapon is primarily directed against it and, naturally, could not but react to these military deals.

In addition, with this kind of strategic promotion (by taking into its control a part of Baku-Supsa pipeline and taking an important position in the East-West highway) Russia has tried to solve strategic and tactical problems, and on the other hand, sent a clear message to the Georgian authorities, as well as those Western allies stating that in this current conflict stage, no status quo can be guaranteed.