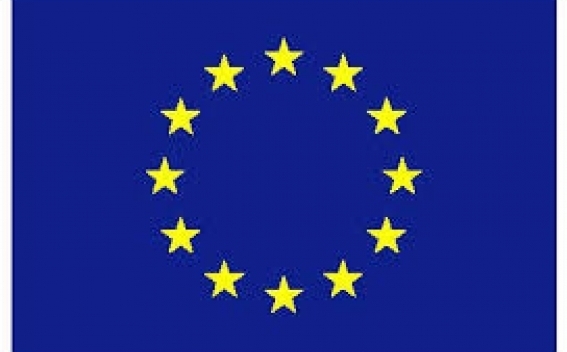 This Policy Paper is based on the opinions expressed during the round-table discussion “European Neighbourhood Policy Update: Opportunities for the EaP Format, Particularly for Armenia”, held on the 30th of September 2015. The round-table discussion was attended by Parliamentarians, representatives of the RA executive body, embassies, international organisations in the RA, representatives of civil society organisations and independent experts. The event was organised within the framework of the EU-funded “Civil Society: Dialogue for Progress” project.

The Policy Paper outlines the opinions, suggestions and concerns expressed during the discussion, which could be of some practical use and thereby contribute to strengthening EU-RA relations.

Since the launch of the Eastern Partnership format, relations between the EU and the six EaP countries - though based on the same principle - have developed in different ways. These differences are conditioned both by the policies and aims of each country and by the abilities or willingness of these countries to meet the demands put forward by the EU. Thus, Georgia and Moldova have already signed the Association Agreement (AA) and the DCFTA and have progressed to the initial phases of their implementation, which must be prior to ratification of the agreements by all EU Member States. Ukraine has signed the AA/DCFTA, but implementation of the DCFTA has been delayed until 2016. The process of signing an Association Agreement with Armenia has stalled due to Armenia’s decision to join the Eurasian Economic Union (EEU), although new bilateral negotiations are currently being prepared. Azerbaijan and Belarus have not been suggested as candidates for negotiations on the Association Agreement.

At the same time, each of these six countries carries an importance and has a role to play in the region for the EU. Moreover, the revolutions and crises in the Middle East have spurred a need to review the EU policy towards the Mediterranean. Consequently, the EU made a decision to address and update the European Neighborhood Policy (ENP) - through which the Eastern Partnership format was created in 2009. The aim of this review was to strengthen the principle of greater differentiation and further relations with each partner country, in line with their political objectives, wishes and commitments. According to statements made by EU officials, a thorough review is also expected to narrow the scope of work required with each partner rather than considering cooperation in all fields as mandatory for all countries.

The process of updating the ENP - as well as the political situation during and after the Eastern Partnership summit in Riga - opened up new opportunities and challenges for each of the EaP countries, including Armenia.

The decision and process of reforming the ENP can in general positively influence the EaP policy and relations between the EU and the six EaP countries, especially when these reforms are aimed at greater differentiation.

This process is for collecting the opinions and suggestions of partner countries (and of all other actors), based on which a new policy will be developed. This gives each partner country an opportunity to present and promote their approach and thereby lay the groundwork for a mutually beneficial and acceptable cooperation.

Assessments and expectations for the new policy are as yet preliminary, however, since the updated policy itself has not yet been published by the European Commission. It is only statements by high-level EU officials and the resolution of the European Parliament that enable us to have an idea of the process.

Furthermore, these reviews and reforms can only be effective if the corresponding tools for the declared policy are developed. Otherwise, if the updated principles of the policy are declared but the tools remain unchanged, the current challenges will continue to damage the image of the EaP policy and that of the EU in general.

The EaP countries should also be aware that the opportunities deriving from ENP reforms will not automatically be presented to partner countries; the implementation and success of these reforms in real-world politics will depend on the initiative of each of the six countries, including Armenia. In this process, state institutions, civil society and the media will all have a special role to play.

Regarding the desire and acknowledgment of the need to develop relations with the EU, the current lack of initiative can not be explained either by geopolitical developments, the fear of causing world powers’ or regional actors’ “jealousy”, or any other factors. As an EaP partner country that has also declared about its intention to continue cooperating with the EU and to develop reforms in all fields, Armenia should come up with its own initiatives - in some cases even regardless of EU support.

As concerns the development and effective implemention of initiatives that are important for both Armenia and for RA-EU cooperation, it will be possible to negotiate with EU partners to receive the necessary support in order to succeed.

Among the potential initiatives is the option of launching negotiations with the EU on establishing a number of EU regional offices. This will not only promote greater regional integration and diversification of resources, but will also increase the possibilities for direct cooperation of the EU with different sectors of society in Armenia. In this context it is also important to work consistently with non-governmental institutions (major European funding bodies) that operate in Armenia and in the broader region. It is important to draw their attention to the need to fund full-fledged offices, carry out out research with the involvement of more personnel and develop cooperation among different groups of society, taking into consideration Armenia's membership of the EEU and its successful experience of combining integration processes.

In the context of Armenia’s membership of the EEU, we can see Armenia’s potential initiatives and role in the EU-EEU dialogue. Should such a dialogue be started, the Armenian Diaspora could have an important and influential role to play both for EU Member States and for EEU countries. As such, Armenia could show initiative by deepening its ties in the fields of business, technology, science and promoting dialogue.

Cooperation between the state and civil society - including on necessary initiatives and an exchange of ideas - is also important as a further step towards raising public awareness and ensuring the transparency of the processes.

Transparency of the process is one of the most important factors for succeeding in the current stage of EU-RA relations and ensuring public trust in it. The public should be involved as much as possible and be aware of the entire process for the results of the negotiations with the EU – from the development phase to implementation and monitoring. In this context, the involvement of representatives from civil society and the media as well as experts could prove highly beneficial.

In terms of the effectiveness of the process and ensuring trust therein, it is important to secure approval of the mandate by the EU to start negotiations on an agreement that would form the new legal basis of EU-RA relations and set a reasonable timeframe for the negotiation process.

Regardless of its name, it is also crucial and logical that the new EU-RA agreement includes all possible spheres of cooperation, including economic.

It would be appropriate to consider establishing a permanently functioning format of experts that would constantly generate new ideas for the promotion of EU-RA relations, based on the results of consultations with state institutions. These experts would meanwhile also devise a policy for public awareness and cooperation with civil society, thereby generating new ideas and ensuring effective public awareness.

With regards to continuing the reforms and not allowing any regress, it is important to enhance cooperation with European partners, with a view to ensuring the necessary level of transparency of state activities for European experts and Parliamentarians to carry out consultations with them.

This could be achieved by developing a monitoring mechanism for the EaP countries, with the involvement of the same experts, representatives of civil society and the media. This would provide an opportunity to assess the process of reform in each EaP country and their effectiveness at fulfilling their commitments towards the EU with the same criteria, irrespective of whether the country has signed the AA or not.

The use of this mechanism with the engagement of representatives of all six countries and with the same criteria would allow for both objective grounds of comparison and for the promotion of cooperation among EaP countries.

In the context of EU-RA relations, the process of Constitutional reform in Armenia should also be considered. The new Constitution - its content, the transparency of the process of amending the draft, plurality and the final results - encompasses a number of components of democratisation and localisation of European standards.

If the content of the Constitution and all the stages of its adoption meet democratic standards, this process of Constitutional reform can be seen as a step forward in the democratisation of the RA and play a significant role in the development of EU-RA relations.

Given the fact that the round-table discussion and the policy paper are not the first of their kind within this project, the participants found it appropriate to refer to the implementation of the recommendations from previous policy papers. It was noted that although most of the recommendations are already acted upon, an increase in the scope and pace of their implementation would be advisable.

Some examples of these recommendations are: carrying out meaningful and consistent work with the public on the development and status quo of EU-RA relations as well as on the aims of both sides; ensuring a greater role for media agencies and civil society institutions in the control and monitoring of reform processes; presenting initiatives to societies in a complete and appropriate manner, both by the RA and the EU; ensuring the diversification of foreign trade-economic relations; excluding the loss of existing tools for EU-RA cooperation, etc.

Some recommendations have not yet been implemented, or at least the effects of their implementation are not palpable so they maintain their relevance. For example, setting a reasonable timeframe to limit the duration of negotiations or making statements on the importance of launching and preparing EU-RA negotiations; taking a differentiated approach in terms of the conditions of economic activities within Armenia; for the sake of contributing to negotiations, having access to analyses from different economists’ groups on the EEU (corresponding tools)-DCFTA maximum capacity of compatibility, as well as on controversial provisions and contradictions; in the context of localising European standards, establishing an institute to conduct expert analysis and provide proper inferences on RA legal acts that are still in the process of being developed (these acts should be non- economic at the preliminary stage).

In summing up the results of the discussions, participants noted that it is important for Armenia to maintain European Integration as one of the priorities of its national foreign policy, and that both sides continue to take steps towards developing and deepening EU-RA relations.

A review and update of Eastern Partnership approaches, strengthening the principle of diversification and establishing corresponding tools are all also quite important aspects of the ENP reforms.

For its part, Armenia should continue to keep the ENP reform process at the centre of attention of both its social and political circles. It is important to follow up on the implementation of the presented recommendations and come up with updated, revised versions if necessary.

For this reason, a permanent format for developing recommendations on expanding discussions on and promoting RA-EU relations should be established.

After the ENP update is published and its tools presented, several more round-table discussions will need to be organised in order to assess the opportunities and challenges and explore a more effective implementation of the mechanisms of the proposed tools.

The content of this paper does not reflect the official opinion of the European Union nor of the Konrad Adenauer Foundation as lead of the consortium. Responsibility for the information and views expressed herein lies entirely with the author(s).