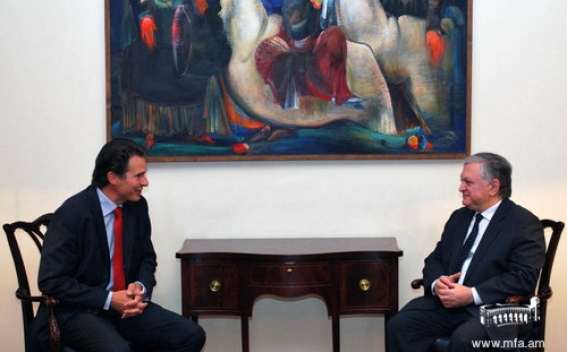 Welcoming the guest, Minister Nalbandian attached importance to the mandate given by the Council of the European Union to the European Commission to open negotiations on the formation of a new legal framework of relations with Armenia.

Thanking for the reception, Gunnar Wiegand mentioned that the upcoming launch of the talks enables the formation of a new cooperation framework on the existing rich basis.

Edward Nalbandian reaffirmed Armenia’s commitment to further develop and strengthen a comprehensive cooperation in all areas of mutual interest.

Both sides expressed hope that the official start of the negotiations over new legal document on Armenia-European Union cooperation would be given by the end of the year.

The sides exchanged views on regional developments and pressing issues on the international agenda.