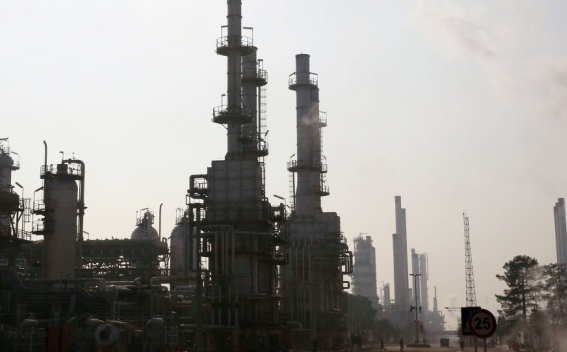 Official Tehran is confident that the oil embargo imposed on Iran by the US and the European Union will be lifted in January 2016, Iran’s Deputy Trade Minister Mojtaba Khosrowtaj said in an interview to RIA Novosti.

"We believe that the oil embargo imposed on Iran will be lifted as early as December 2015 or January 2016. We do not accept an option of gradual lifting of the sanctions.We have stated that all sanctions should be lifted simultaneously", - Sputnik News Agency reports. The Iranian Deputy Minister said Iran expects to have favorable conditions for access to international markets. "The banking sanctions have a key role as they create many obstacles. He hope in January they will not be anymore", - he said.

At the same time, Mojtaba Khosrowtaj said Iran is ready to double its oil exports within three months after sanctions have been lifted. "Earlier, before sanctions, we produced 1.8 million barrels of oil per day for domestic use and 2.5 for export. Currently, we export almost one million barrels per day, and we are fully prepared to add another 500,000 barrels of oil to our exports immediately after sanctions are lifted. And within a few months, maybe three, we can add another 500,000 barrels per day," Iranian Deputy Minister said.

It should be noted that earlier Bloomberg reported that oil and financial sanctions on Iran will probably be lifted within the first three months of 2016. Under the terms of a July 14 deal between world powers and Iran, sanctions imposed internationally on the Persian Gulf nation will be lifted in return for restrictions on nuclear work. The Vienna-based International Atomic Energy Agency will assess when Iran has fulfilled the terms of deal, paving the way for the removal of restrictions. The monitoring necessary for that to happen will probably be in place by January or February, according to some sources. Others say restrictions may last as late as March.

However, Iran and the European countries have already started working to create a base for the new cooperation after the lifting of sanctions. The frequent visits of European delegations to Tehran during the recent months can prove this claim.