The External Politics of Georgia in 2015 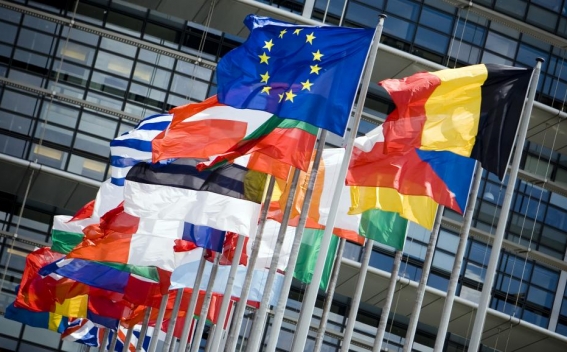 2015 in Georgia was a relatively complex, at the same time a year full of different events. Both in domestic and foreign policy of Armenia's northern neighbor achievements and certain difficulties have been recorded. Let’s briefly refer to what happened in Georgia in 2015.

In 2015, the foreign policy of Georgia was active both in terms of the integration process, and in terms of the development of bilateral relations. With regard to the relations between Georgia and the EU, it should be noted that the key event was held in May in the Riga Summit in the framework of "Eastern Partnership" (EaP), the final document of which summarized also the recorded progress of Georgia and prospects of mutual relations. It is noteworthy that recently the verification process of the Association Agreement of Georgia-EU completed (Belgium was the last EU member states, which verified it), which will let Tbilisi use a number of opportunities arising from the agreement.

In the context of European integration a serious achievement can also be considered the progress recorded in visa liberalization (Georgia with the EU). According to the decision adopted in December by the European Commission, Ukraine and Georgia are ready for a visa-free regime and will get it in early 2016.

In contrast to the EU-Georgia relations, where Tbilisi recorded significant results, it is still early to talk about the desired results in terms of the NATO-Georgia relations. From the point of view of cooperation between Georgia-NATO a significant event of 2015 can be considered the establishment in Georgia together with NATO a Training Center which the Georgian authorities see in the context of the formula "more NATO in Georgia and more Georgia in NATO."

Since the second half of 2015 many officials of different levels began to come up with calls towards NATO (in some cases with a demanding tone) in regard with the prospects of Georgia's membership to the structure. These calls intensified even more after the NATO’s decision on the adoption of Montenegro into the structure. This, seems, formed great expectations both among the public and political circles from the NATO summit to be held in Warsaw in 2016.

Events in the context of Russian-Georgian relations were also quite interesting. Despite the ongoing decrease and increase of tension, overall the positive trend in the relations continued throughout the year. Due to Karasin-Abashidze format, the sides were able to agree on a number of trade-economic and humanitarian issues. In this regard, apparently, the main achievement was the statement of the Russian Foreign Ministry in December on liberalization of visa regime with Georgia, which at the same time does not exclude its removal.

In terms of development of Armenian-Georgian relations, the year was quite active. The number of mutual visits in 2015 were if not unprecedented, however, quite saturated, which is conditioned by the presence of political will in both sides to deepen relations on the basis of common interests. It is also remarkable that both the Georgian and Armenian authorities understood the importance of using the opportunities offered by the integration processes of both countries. Another interesting fact is that besides a number of bilateral projects, the sides - taking into account the transit potential of both countries - are also taking steps towards the development of multilateral cooperation. A vivid indication of this is signing in Yerevan a quadrilateral - Iran-Armenia-Georgia-Russia - memorandum on cooperation in energy sector.

With Georgia-Azerbaijan, Georgia-Turkey relations, it should be noted that in the context of the axis of Turkey-Georgia-Azerbaijan relations a sustainable development took place in 2015 – the completion of the construction of Baku-Tbilisi-Kars railway, which in 2016 will be put into operation. However, it should be noted that in the second half of this year in Georgia-Azerbaijan relations certain tensions arose conditioned by the decision of Georgia to diversify its gas resources. Not showing any negative attitude, Baku nevertheless, is trying to resolve the problem on the background of political scenes, as it clearly understands that the loss of its monopolistic position in the gas market of Georgia will also mean weakening of its leverage over Tbilisi.

Summarizing the main features of the foreign policy of Georgia in 2015, it can be noted that during the year in a number of areas Tbilisi, thanks to its effective and active policy, in total managed to solve the problems put before it.