A New Phase in the History of Iran 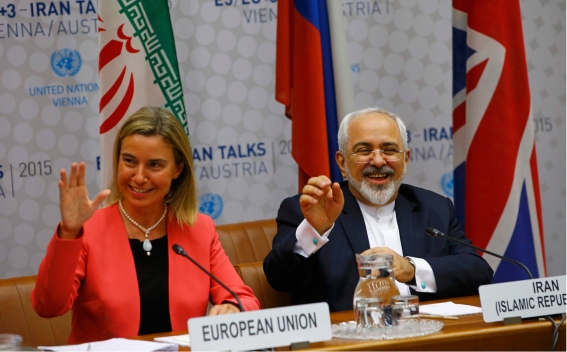 It seems a new phase is starting for Iran. Tehran is said has complied with the nuclear deal. Late on Saturday IAEA confirmed that Iran had complied with a deal designed to prevent it developing nuclear weapons and this was followed by lifting of international sanctions. "Today, as a result of the actions taken since last July, the United States, our friends and allies in the Middle East, in the entire world are safer because the threat of a nuclear weapon has been reduced," the US Secretary of State John Kerry said, BBC writes.

Ahead of this, Iran has already released the Washington Post journalist, Jason Rezaian, imprisoned in Iran for more than a year. Earlier it was reported that three other dual-national prisoners were also released. The reason for these people to be arrested is that Iran does not recognize dual citizenship. As the Guardian writes, intelligence authorities in the country have a deep suspicion of dual citizens and have arrested a number in recent years. The release of the prisoners was "a triumph of diplomacy that should be universally commended,"  Trita Parsi, the president of the National Iranian American Council said.

Earlier on Saturday, the parties of the nuclear deal were in Vienna to check that Iran has complied with their commitments to curtail their nuclear program. "I believe it's not just an important day for economic activity in Iran. It is going to open the possibilities, vast possibilities in Iran, for economic engagement and we have all seen that the international business community is very much interested in getting engaged in Iran to take advantage of it," Iranian Foreign Minister Javad Zarif said in Vienna yesterday.

This is a turning point for Iran, it marks the re-entry of the country onto the global economic stage since the end of the Cold War and the warming of relations between Iran and the US since 1979.