Why 2016 Elections in Iran are Important? 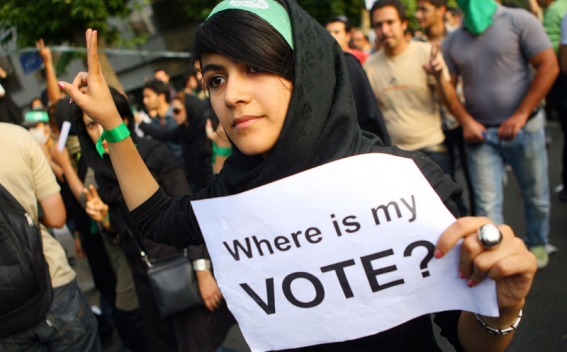 On Friday, February 26 Iranians for another time participated in the elections simultaneously voting for both the member of the country’s Parliament otherwise called the Majlis (290 seats) and the Assembly of Experts (88-seat). Although the final results of the elections are not officially announced yet, the preliminary results as for the Sunday night prove that the supporters of the current Iranian President Hassan Rouhani and his ally forth president of Iran, Akbar Hashemi Rafsanjani, lead in the Assembly of Experts (winning 15 of 16 seats assigned for Iran), while reformists have taken all 30 seats   in the Parliaments assigned for  the capital of Tehran, Al-Jazeera reports. Another important fact to mention based on the preliminary election results is that  the present  conservative chair of the  Assembly of Experts Ayatollah Mohammad Yazdi as well as another  arch-hardliner Ayatollah Mesbah Yazdi have also lost their seats in the Assembly of Experts, which according to the experts is considered a hard blow for the conservative forces in Iran.

To be able to estimate the importance of the elections we need first of all specify main functions of the Iranian Majlis and the Assembly of Experts. The Iranian Mejlis, which is elected for four-year term like in other countries, is responsible for adopting laws and holding the government accountable. Like in many other countries Mejlis can dismiss the cabinet of minister as well as the President. The Assembly of Experts, which is elected for every 8 years, is responsible for appointing and dismissing the country’s Supreme Leader, which is the head of the state of Iran. The Supreme Leader in Iran is appointed for life term. Supreme leader has a right to directly reform the constitution; the power which has been utilized by Khamenei’s predecessor Khomeini in 1989.

Thus if we turn to the importance of these elections first of all we are to state that in this eight-year  term the Assembly of experts is more likely to elect a new Supreme leader. The assumption is based on the circulating rumors that present Supreme leader of Iran, Ayatollah Ali Khamenei, is ill with cancer.

Besides, these elections will show the level of public support for the current president of Iran Hassan Rouhani, as they are the first ones since the Iranian president realized his election promise and reached the nuclear deal which allowed Iran to get rid of the sanctions imposed by the West. The more supporters Rouhani gains in the parliament after the elections, the higher the chances will be for Rouhani to realize his other election promises such as increasing personal freedoms in the country and so on.

And last but not the least the stronger  the Rouhani’s supporters in Iran are, the higher is the possibility for Iran and West to further develop their relations, which will be mutually beneficial both for Iran and the West.