Today It is Meaningless to Talk About Negotiations Based on Compromises 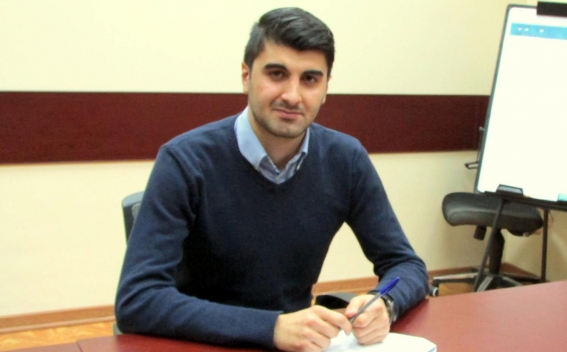 It is meaningless to talk about the negotiation process on the settlement of Karabakh conflict today , and it is Azerbaijan, which resumed hostilities, that should be blamed for this. The four-day war, besides social and political transformations, has caused significant changes in the context of conflict resolution.

The negotiations launched in 1995 in this format, which were based on the principle of compromise, are now frozen for an indefinite time as a result of the resumption of hostilities. The fact that in he recent years the negotiation process did not give significant results is no secret to anyone. Meetings of the Presidents, Foreign Ministers, were rather formal in their nature, since the positions of the negotiating parties (or rather toughening of these positions) did not allow to record positive dynamics. However, the state of the negotiation process that was in deadlock because of the positions of the parties, is significantly different from the current situation.

Now this deadlock of the negotiating process is mainly conditioned by the aggression of Azerbaijan against NKR. This aggression, as it should have been expected, led to a greater hardening of positions of the Armenian sides, which can be seen in their statements. Today we cannot talk about negotiations with Azerbaijan based on compromises. This was also clearly stated both in an interview of the President of Armenia given to Bloomberg, and during Sargsyan-Lavrov bilateral talks.

The fact that in this situation it is not realistic to expect the resumption of active negotiations, is obvious for the OSCE Minsk Group Co-Chairs as well. Having witnessed many times how Aliyev violates reached agreements at various levels, Co-Chairs now understand that they cannot give any guarantees that in case of resumption of the negotiation process, Azerbaijan will not resort to new adventures.

Moreover, it is clear that both in Azerbaijan, in Armenia and Artsakh, there is a radicalization of public sentiment, which, of course, cannot but affect the position of the authorities, in particular, to emphasize the "red lines". The wounds of the four-day war are not yet healed and in such a situation the intensification of negotiations based on compromises, at least at the moment, will not be acceptable for any of the parties to the conflict.

In this situation the only option, apparently, is to freeze the process for an indefinite time, which on the one hand will allow the Co-Chairs to create an atmosphere of trust between the conflicting parties, on the other hand will calm down the public mood. The earlier proposals of the OSCE Minsk Group Co-Chairs can also become basis for the creation of atmosphere of mutual trust, and now it is more than likely that the Co-Chairs will increase pressure on the conflicting parties (in particular, on Azerbaijan, which has always rejected the proposals), forcing them them to implement these proposals. In this regard, in addition to the Co-Chairs, Germany, as a chairing country of the OSCE, which has recently shown interest to resolve the conflict, can also play a certain role.

In order to ensure progress in case of the resumption of the negotiations, public diplomacy can also play a significant role. In the recent years, this possibility was almost equal to zero due to the persecution of civil society by the Azerbaijani authorities.

To conclude,  it should be noted that since the threat of Azerbaijani aggression is still present, and the Co-Chairs of the OSCE Minsk Group have not taken a tougher stance in regard with respecting the ceasefire agreement of 1994, there is no sense to talk about the negotiations based on compromises.