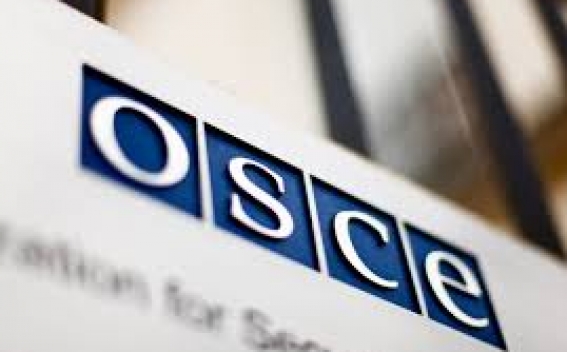 April's four-day war showed that the mission of the OSCE Minsk Group, to put it mildly, is not perfect in preserving the peace and cease-fire. The mandate of the Minsk Group is so limited, that in many cases it gives grounds to perceive it only as the goodwill of the international community on maintaining peace. Meanwhile, in fact, the OSCE Minsk Group should have a clear mandate to conduct monitoring and fix the violations on NKR-Azerbaijan border.

Armenia, Nagorno-Karabakh, the Co-Chairs of the Minsk Group have expressed their support to this proposal, while Azerbaijan said it is against.

The fact that today the expansion of the mandate of the OSCE Minsk Group is one of the most important tasks is quite definite. However, in this context it is also important to understand what monitoring experience the OSCE has in other conflicts and how much they helped to maintain the truce.

As it is known, the OSCE has been active on several fronts, among them - fight against terrorism, the prevention and resolution of conflicts, fight against trafficking, gender equality, etc. The OSCE mission in Skopje, Republic of Moldova, special monitoring mission to Ukraine, the Secretariat of the OSCE, etc., as well as the OSCE Minsk Group operate in the framework of the prevention and resolution of conflicts.

In examining the experience of the OSCE in monitoring, it is particularly important to examine the activities of the monitoring mission in Ukraine. Thus, the mandate of the Special Monitoring Mission determines that the observers are intended to contribute to the reduction of tension, peace, stability and security. To support the dialogue it cooperates with the authorities at various levels, with civil society, with ethnic and religious groups, with the local community. It collects information, reports on the situation of security, confirms the specific cases and informs about them, including those, which relate to violations of the fundamental principles of the OSCE.

The mission of the special monitoring group of the OSCE in Ukraine acts on the basis of the appeal of the Ukrainian government and the consensus between the 57 countries. However, the development of events showed that Ukraine (and not only) is not particularly satisfied with the monitoring mission and mandate. The analytical circles of Ukraine argue that the Mission's capacity is very limited. Moreover, in the area of ​​movement, their right to monitor the conflict is periodically violated by the military, and the OSCE representatives are often the target of aggression.

The activity and effectiveness of the OSCE Special Monitoring Mission to Ukraine has also been put under question by the Americans. In 2014, US Ambassador to OSCE Daniel Bayer declared that the monitoring carried out by the OSCE along the Russian-Ukrainian border is inadequate, because the mandate of the mission is very limited and must be expanded.

Thus, despite the fact that the OSCE Special Monitoring Mission in Ukraine has more capacity and authority to monitor the border than the OSCE Minsk Group, the unprecedented growth of tension in Karabakh conflict zone indicate that the mission of the OSCE Minsk Group should be expanded.

It is a fact that today the only restraining factor of Azerbaijani aggression is the strength of the NKR Defense Army, and it will be possible to curb the next adventure of Azerbaijan only by introducing monitoring system for the ceasefire and come up with addressed statements.