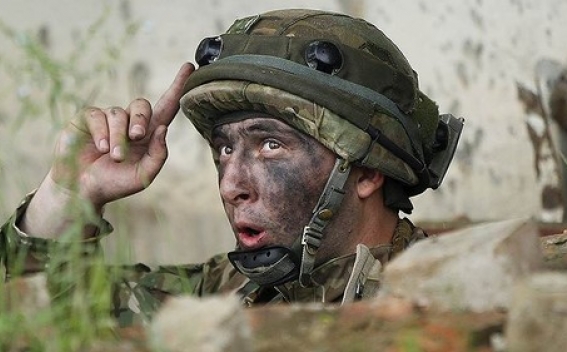 On June 27 the Minister of Defense of Georgia Tinatin Khidasheli, when summing up the 1 years of her being in that post, in the presence of journalists signed a decree to abolish compulsory service (military service in Georgia is 1 year) in the armed forces. The Minister has presented this decision as a manifestation of carrying out her promise, stressing that if any of Georgia’s future Defense Ministers decided to restore compulsory military service, it would be up to them.

To fully understand the problem, it should be mentioned that Tinatin Khidasheli’s decision does not refer to cancelling the compulsory military service and consequently to the abolition of army recruitment. Minister’s decision refers to the quota of the Ministry of Defense (25% of the recruits), but this does not apply to the remaining 75%, which are recruited by Georgian Interior Ministry, Ministry of Corrections and Legal Assistance of Georgia, State Security Service, as well as by Special State Security Service.

Khidasheli’s decision, that from the first sight should have raised excitement, however, has become a subject for serious disagreements. It turns out that that the Minister has not agreed her decision to abolish compulsory military service with anyone from the Ministry, which has caused serious criticism both by the authorities and other political forces.

The National Security Council has already declared that they have not been informed about this in a written form and that they have asked for the document to get acquainted with it. The President of the country Georgi Margvelashvili has mentioned that irrespective of the truthfulness of the decision, it should have been put for discussion of the government and there should not be a sole decision. The Prime Minister of Georgia Georgi Kvirikashvili has also declared that this decision should have been made after discussions.

Taking into consideration the election campaign in Georgia that has already started, as it could be expected, the decision of the representative of the Republican party (this party has come out from the coalition and in autumn will participate in the elections separately) Tinatin Khidasheli started to be interpreted by different forces also in the context of logic of the campaign.

Chairman of the Georgian Parliamentary Committee on Defense and Security Irakli Sesiashvili announced that Khidasheli’s decision was not agreed with the President, the Prime Minister, National Security Council or the relevant committee of the Parliament. According to Sesiashvili, it is quite strange that such an order was signed by Khidasheli after the spring recruitment, when 1,000 boys were recruited. According to him, Khidasheli could have simply refused to give the quota of Defense Ministry during the spring recruitment and this gives grounds to assume that the adoption of such an order is nothing more than a political PR.

A similar opinion was expressed by the head of the parliamentary majority Zviad Kvachantiradze. "I have an impression that the publication of the order of the Minister of Defense was done with quite attractive titles, so as it is appreciated by the Georgian young people, as if Georgia abolished the compulsory service. But, as you know, everything is not so."

The decision of the Defense Minister was also criticized by some opposition forces. The head of the "Democratic Movement" Nino Burjanadze, in particular said that there are no precedents of sole decisions by a Minister “either in democratic or totalitarian countries."

Trying to summarize the potential impact of Khidasheli’s decision, we can say that the Georgian authorities, in particular, the "Georgian Dream" coalition, appeared in a difficult situation. Any wrong step connected with such a sensitive issue three months before parliamentary elections can be expensive (although there are rumors of cancelling Khidasheli's decision at the government level), taking into account the fact that the decision was adopted with great enthusiasm by some circles of society.

As for the possible political motives for such a decision, then, naturally, it would also be wrong to exclude that option. Indeed, Khidasheli, as an outstanding representative of the Republican party, with such a decision also brought some political dividends to her party.