Aliyev's Statements on Providing Artsakh with Broad Autonomy Are Not Constructive 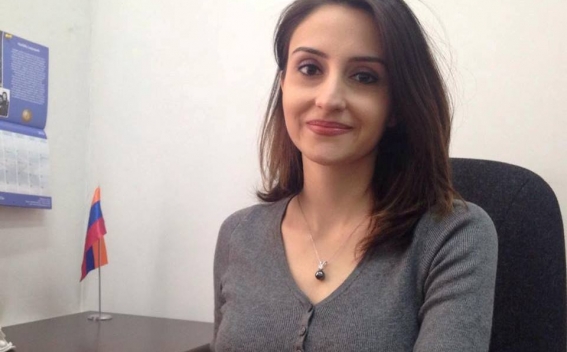 The US Co-Chair of OSCE Minsk Group James Warlick at a press conference in Baku on October 22 stressed the readiness of Azerbaijan's president Ilham Aliyev to meet with the President of Armenia Serzh Sargsyan. The Co-Chair also referred to the issue of status mentioning: "The issue of the future status of Nagorno Karabakh has been raised by President Aliyev, and we welcome this step." Maybe it could be expected that the Minsk Group Co-Chair would try to highlight the "efforts" of the president of that state and his "constructive" attitude towards peaceful resolution of the conflict, but not by distorting the reality and ignoring the history of Karabakh conflict.

First of all, it is unacceptable to introduce Aliyev’s statement about providing broad autonomy to Artsakh within Azerbaijan as a concession or demonstration of constructivism by the Azerbaijani side. It is enough to mention that even in Madrid principles, which is the base of the negotiations, the final status of Karabakh is mentioned to be determined through a legally binding expression of will of the people of Artsakh. Azerbaijan's "good will" has nothing to do here. Moreover, this is an attempt to violate the logic of negotiations and to foreclose the final status of Artsakh.

The statement on granting broad autonomy to Artsakh by Azerbaijan today is nothing more than its "shrewd" step to break the Madrid process. In addition, introducing itself as a constructive side Azerbaijan tries to avoid the necessity of implementation of the agreements reached in Vienna and St. Petersburg meetings. It is not accidental, that Aliyev, a couple of days ago, admitted that he had been forced to recognize the independence of NKR.

Finally, let's not forget also about the fact that in the past, that is, in 1998, Azerbaijan itself was against the idea of giving wide autonomy to Karabakh, which was formulated in the "common state" version presented by the Minsk Group. Nothing has been changed today. Azerbaijan's position in Karabakh conflict settlement continues to be extremely radical. Azerbaijan has never acted as a constructive side in the whole period of conflict settlement process, but exactly the opposite. Reaching a deadlock during the negotiations, Azerbaijan immediately launched the policy of overthrowing the process through the use of force.

In this context, it is at least not serious to see constructivism in Aliyev's statements on granting wide autonomy to Artsakh. This should be realized by all, but most of all by the parties directly involved in the conflict resolution process.