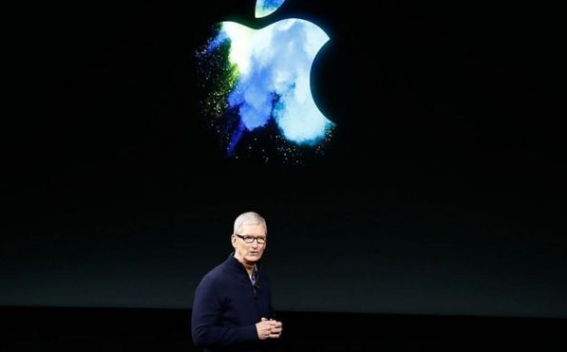 Apple's sales slump is taking a bite out of Tim Cook's paycheck. The iPhone maker cut Cook's pay by 15% last year to $8.7 million, according to a filing released on Friday, CNN reports.

While Cook's salary rose to $3 million from $2 million last year, his cash bonus took a hit. Apple awarded Cook and other executives 89.5% of their target, instead of the maximum amount like in recent years.