EU Ambassador: EU-Armenia Negotiation on Framework Agreement Is Near Completion 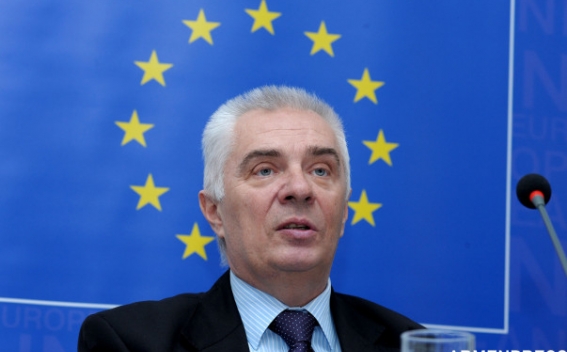 Ambassador Piotr Świtalski, head of the EU delegation to Armenia, noted that a new framework agreement Armenia and the European Union (EU) are negotiating is expected to reach a new level this year, Tert.am reports.

The EU hopes a new framework agreement will become a reality this year. The negotiation process is nearing completion. Switalski believes that the negotiators are close to signing an agreement. If the negotiations succeed, completing the process will prove a major event of this year.

Świtalski hopes that this year will see finalization of discussions on priorities, as part of the European Neighbourhood Policy (ENP).

Świtalski also added that Armenia’s 2013 move to embark on Eurasian integration (instead of signing the EU Association agreement) slowed down the process a little bit.  He said the EU had to consider its investments’ protection in the country after the decision.