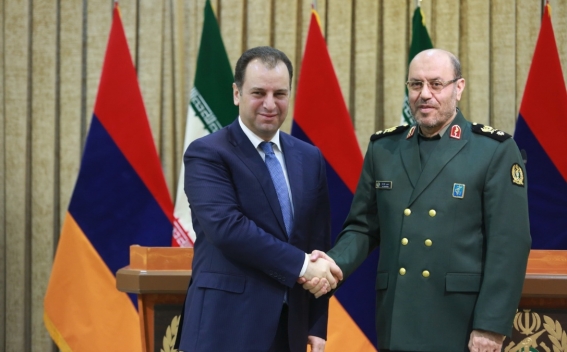 During his visit to Iran, Armenia’s Defense Minister Vigen Sargsyan declared that Armenia is willing to expand its cooperation with Iran and to raise the bilateral relations to a new level, highlighting Iran’s role in the region.

"Armenia seeks to expand its cooperation with Iran in the defense sphere and we believe that this visit will promote the further cooperation," he noted.

Vigen Sargsyan has welcomed Iran’s role in the process of the Karabakh conflict settlement and expressed confidence that the conflict has no military solution.

Iran’s Minister of Defense and Armed Forces Logistics Hossein Dehghani, in his turn noted that the settlement of the regional disputes by means of the use of force is considered unacceptable by Iran, the Information and Propaganda Department of Iran's Defense Ministry reports.