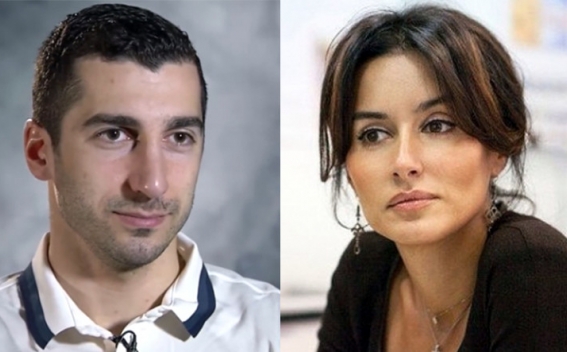 “We are few but we are called Armenians
We do not put ourselves above anyone
Simply we also admit that we, only we have Mount Ararat
And that it is right here on the clear Sevan
that the sky could make its exact duplicate
Simply David has indeed fought right here
Simply the Narek was written right here
Simply we know how to build from the rock, a monastery
How to make fish from stone, how to make man from clay
To learn to become the student of the beautiful,
the kind,
the noble,
and the good.” read the post.

Days ago, Kandelaki and Mkhitaryan exchanged compliments on Twitter with the Russian journalist praising Mkhitaryan and informing her Tbilisi living mother was big fan of the Armenian player. In response, Mkhitaryan thanked Kandelaki and all his fans in Georgia.

To remind, Tina Kandelaki was born in Tbilisi, Georgia. Her father Givi Kandelaki is descended from the Kandelakis, a noble Georgian family of Caucasus Greek descent while Tina’s mother Elvira Kandelaki (maiden name Alakhverdova) is a narcologist of Armenian descent.

To add, Kandelaki has spoken of her Georgian and Armenian origin on numerous occasions.