Plenary Session of the Artsakh Republic Parliament Was Held Today 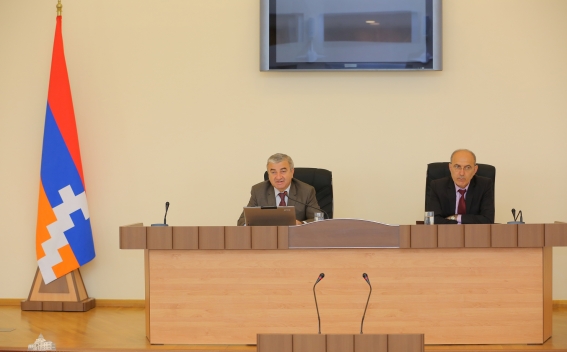 The plenary session of the Parliament of Artsakh Republic was held on May 11, Artsakhpress reports citing to the press service of the Artsakh Parliament.

The Parliament launches a new process which is a constitutional requirement and aims at making the current legislation in accordance with the Constitution adopted by the referendum on February 20, 2017.

The Parliament discussed and adopted the Law on "The Rules of Procedure of the Parliament" of the Republic of Artsakh. According to the co-authors of the draft law, the procedure of the parliament’s activity was adopted to the functions and powers given to the parliament under the new Constitution. Therefore, the structure of the rules of procedure has been changed, the respective chapters have been combined in 9 sections.

After the discussion, the co-authors proposed the MPs to submit proposals within 14 days and join the further amendment works of the draft law if they wish.