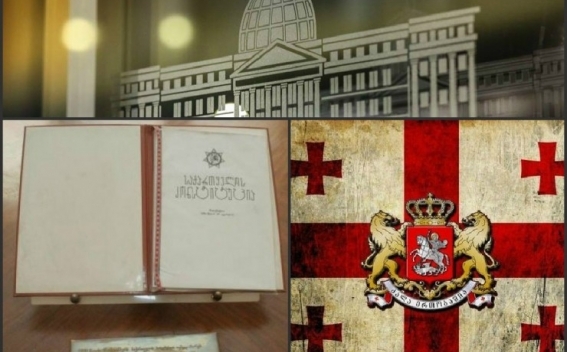 As it was expected, the Georgian Dream Party, which got parliamentary majority in the parliamentary elections last year, initiated constitutional amendments. The special constitutional commission completed its work in May 2017, introducing a draft constitutional amendment, which envisages a change in the governance system, transition to a parliamentary system. According to the draft, the president's powers are diminishing. In addition, the president should be elected not by general elections, but by the electoral council. It is also envisaged to switch to 100% proportional system, eliminating the existing majority system. Changes are also expected in the selection of a number of high-ranking officials in human rights-related provisions.

Since the constitutional amendments have been initiated, the Georgian authorities have closely cooperated with civil society, various political forces, European partners, in particular with the Venice Commission of the Council of Europe, which is perhaps the most respectful structure in Europe that assesses constitutional documents.

Though the drafting process was relatively calm, there were problems after its submission to the parliament. The problem is that after introducing the constitutional initiative to the parliament, some amendments were made several days before its first reading. Unlike the previously drafted version, the new draft stated that the new system of presidential election will come into force by 2024, not by 2020. The elimination of the majoritarian electoral system is also postponed to 2024. However, the amended draft law was approved by the parliament in the first and second readings.

Such changes in the draft have caused a fierce response both by the opposition and the civil society. The opposition boycotted two ballots in the parliament. And about 32 organizations representing civil society applied to the international community, in particular, expressing dissatisfaction with the decision to postpone the majoritarian electoral roll.

The Venice Commission also did not welcome such a move by the Georgian authorities. Venice Commission Chairman Gianni Buquicchio, who arrived in Georgia late in June, in turn expressed his disappointment, stressing that the recent developments caused doubt on the work done previously to prepare the constitutional amendments. In addition, the commission chairman expressed an opinion that if the "Georgian Dream" adopted a modified version of the draft without agreeing it with other political forces, it would not have enough legitimacy.

Georgia's President Georgy Margvelashvili expressed his negative attitude towards the changes in the draft presented to the parliament. According to him, the project had been prepared quite hastily due to political motives and there is no consensus on the document. Meanwhile, representatives of the ruling Georgian Dream party have quite a different opinion and believe that the draft has been prepared with a broad public involvement.

In fact, a situation has emerged, when the ruling party is actively promoting a draft constitutional reform initiated and then amended by the party. At the same time, the president, the main opposition forces, and a significant part of civil society are against that project. In addition, international partners are also unequivocally concerned with the project. The current situation thus is rather complicated and contains certain risks for the democratic image of Georgia. The most important of such risks may be the low level of legitimacy of the constitutional amendments.

Understanding the potential risks of the current situation, as well as the harsh estimates by international counterparts, will probably make the Georgian authorities go for some concessions. Representatives of the Georgian Dream party have already stated that the document may undergo some changes before its submission to the third reading. Despite such readiness, the opposition forces and civil society representatives are unlikely to agree on a new dialogue, as the draft law submitted to parliament is considered to be quite different from the pre-designed version. Besides, any dialogue and, as a result, even minor changes can legitimize the new project, which is hardly in the interests of the opposition forces. At the same time some experts say that if the draft constitutional amendments submitted to the parliament in autumn (regardless of the amendments) are adopted by the third reading, the president will apply his right to veto and the "Georgian Dream" will have to turn to the veto overcoming mechanism.

Thus, although the process of constitutional amendments initiated in Georgia does not have any legal problems, it does provide grounds for criticism from the point of view of democratic norms. The "Georgian Dream", which has a majority in Parliament, has appeared in a very difficult situation and has a serious task to keep the country's democratic image both inside and outside the country.