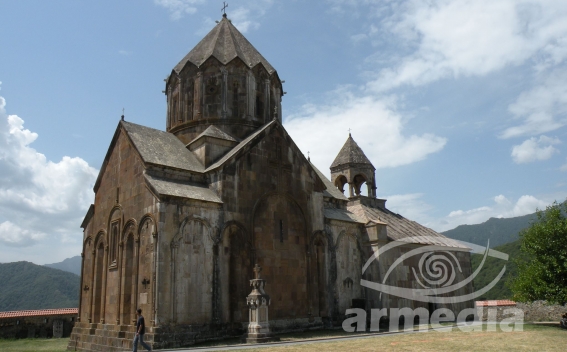 This year Armenian celebrated the 777th anniversary of the Gandzasar Monastery. The monastery was consecrated on July 22, 1240. Its construction was completed in 1238. Gandzasar is now the seat of the Archbishop of Artsakh appointed by the Mother See of Holy Etchmiadzin of the Armenian Apostolic Church.

Gandzasar Monastery is in the Artsakh Province of Mets Hayq (the Kingdom of Greater Armenia (321 BC to 428 AD)) (near today’s Vank village in Martakert Region of Artsakh (Nagorno-Karabakh Republic). It is situated on Gandzasar Mountain (in Armenian "Gandzasar" means "mountain of treasures"), hereby the name of the monastery. According to the existing folklore the mountain got its name from the rich silver supplies it contained.

A member of the Hermitage Board of scientists, famous Soviet historian and art critic Anatoly Yakobson, devoting many years to the study of the monastery, called it "encyclopedia of Armenian architecture." Professor Charles Diehl of the Sorbonne University, French art historian and specialist on Byzantium, in his turn placed Gandzasar in a group of five most important examples of Armenian monumental art, which belongs to the world’s architectural masterpieces (other four are Akhtamar Church of the Holy Cross, Saint Hripsime Church, Haghpat Monastery, Ani Church of the Holy Savior).

It is said that the foundations of the Cathedral were laid in 1216 by Prince Hasan Jalal Vahtangian, who called himself the "Supreme Potentate" of Artsakh’s largest and strongest Principality of Khachen.

After the Seljuk Turks defeated the Byzantines at the battle of Manzikert in 1071, the Armenians in Eastern Armenia were forced to fight hard to defeat their autonomy. The two mountainous kingdoms of Syunik and Lori as well as principality of Khachen (Armenian principality in lower Karabakh, Nagorno-Karabakh and Zangezur) due to their strong resistance managed to preserve their autonomy. In the principality of Khachen Armenian princely family of Hasan Jalal Vahtangian was ruling.  During their rule the principality of Khachen became prosperous with a number of churches, castles and military installations being constructed such as Hovhannes Mkrtich Church and narthex at Gandzasar (1216-1260), Dadivank’s Cathedral Church (1214), and the Gtchavank Monastery (1241-1248). Gandzasar Monastery became the patriarch throne of the north-eastern provinces of Armenia (more on the history of Artsakh here).

The monastery had a rich manuscript house, school, where valuable manuscripts were written, spiritual figures were educated, who contributed to the development of the intellectual and cultural life of Khachen and surrounding regions.

The design of Gandzasar’s Cathedral of Hovhannes Mkrtich is based on an architectural composition developed in the 10th century and well represented in other ecclesiastical ensembles located throughout the present-day Republic of Armenia, such as the Haghpat (967-991), Sanahin (967-1084) and Kecharis (1033-1214).

St. Hovhannes Mkrtich Church is one of the well preserved medieval Armenian monuments. Through the centuries the church has undergone slight changes and restoration works. The first restoration of the church was in 1551 during the reign of Sarkis Catholicos.

After the death of Hasan Jalal Vahtangian, Artsakh Armenians were forced to struggle against Tatar-Mongols, who turned many Christian Monuments and Churches into ruins. It is reported that those tribes started to call Artsakh "Karabakh", which comes from the Turkic word "black" (kara) and Persian word for "garden" (bakh). However, this time also Armenians in Artsakh managed to survive and in the 16th century formed administrative-political units called Melikutyun (Melikdoms).  Five Armenian Melikdoms - Dizak, Gulistan, Jraberd, Khachen and Varanda were formed, otherwise called "Khamsa Melikdoms" (Khamsa means five in Arabic), which became known as Karabakh khanate under the Persian rule. The restoration works were initiated in 1781 by the military commander of Gulistan Melikdom, Abov. 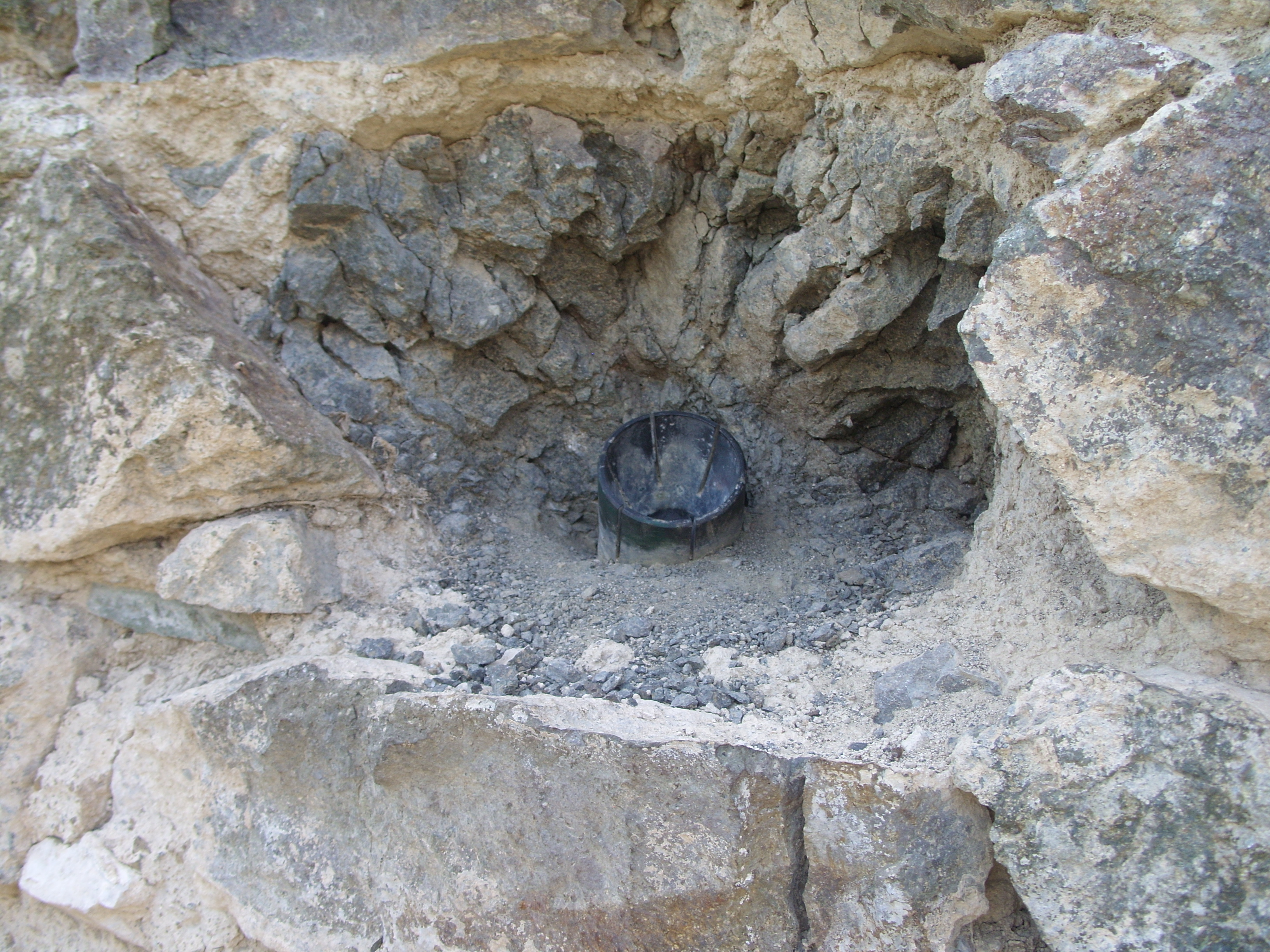 Gandzasar was again restored by the initiative of the successor of Khachen rulers, Abraham Hasan-Jalalyan in 1907. During the Artsakh-Azerbaijan war (1991-1994), Azerbaijani forces tried to hit and destroy the monastery. On January 20, 1993, an air-to-earth rocket launched from an Azerbaijani MIG-21 air-jet was directed at the monastery; however it did not exploded only leaving Shrapnel left holes and scars on the lower portion of the northern wall of the Cathedral of St. Hovhannes Mkrtich.

During 1999-2002 Archbishop Pargev Martirosyan, Head of the Diocese of Artsakh, by the sponsorship of a well-known businessman from Artsakh Levon Hayrapetyan initiated the fundamental restoration works of the Gandzasar Monastery.

Today, the monastery stand proudly high on the mountains as a symbol of unconquerable will and power of the Armenians, continuing  to attack growing number of tourist every year.

Today the monastery stand proudly high on the mountains as a symbol of unconquerable will and power of the Armenians, continuing  to attack growing number of tourist every year.