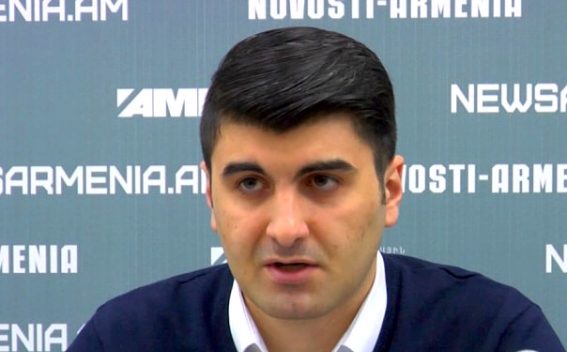 The OSCE Minsk Group Co-Chairs arrived in the region and visited Azerbaijan, Armenia and Artsakh. This regional visit, in fact, was aimed at the realization of the agreements reached earlier, the weakening of the tension.

Both Armenia and Azerbaijan are entering the electoral processes and at this stage, as the experience shows, the negotiation process is slowing down, which is quite logical. Under such circumstances, any tangible shift in political negotiations is not possible, and during this period the Co-Chairs will try to activate efforts to implement the agreements reached in Vienna, St. Petersburg and then in Geneva. This is evidenced by the fact that the statement, summarizing the results of the Co-Chairs' regional visit, emphasizes the importance of fulfilling the obligations in good faith.

It should be noted that the activation of the atmosphere of trust building and the efforts to reduce tension at the moment are quite natural. Given the fact of electoral processes, the formation of such mechanisms at this stage can be much more effective than the negotiations on various elements of the conflict settlement. In addition, mutual trust and peace on borders are the minimal conditions necessary for constructive progress in political negotiations.

It is noteworthy that the Co-Chairs also paid attention to the recent tension on the border, due to Azerbaijani provocations, as well as to Aliyev's anti-Armenian rhetoric, which was manifested in the form of a shameless statement on "bringing back Yerevan."

In a joint statement, the Co-Chairs expressed deep concern over recent human losses, calling upon the sides to take additional steps in order to reduce tension and maintain ceasefire. In addition, they also called to refrain from provocative statements and actions. It is more than clear that the Co-Chairs mean exactly Azerbaijan. Such accents are, in essence, clear hints, but unfortunately, once again, there is a lack of addressed calls. Not addressing directly to Azerbaijan, as we have mentioned many times, is quite dangerous, as the authorities of that country in this way are having a perception of impunity, which can become a reason for a new escalation.