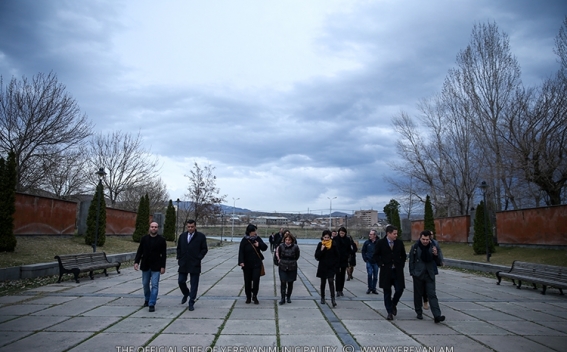 The members of the delegation of Lyon (France) which is in Yerevan with an official visit from 3 to 8 of March, visited Lyon park in Erebuni administrative district, walked about the area of the park, familiarized themselves with the infrastructures and recreation zones, the press service of Yerevan Municipality informs.

The guests were also presented the history of the park foundation.

It should be noted that the park was opened in 2011. Former Mayor of Lyon Gerard Collomb was present at the opening ceremony.