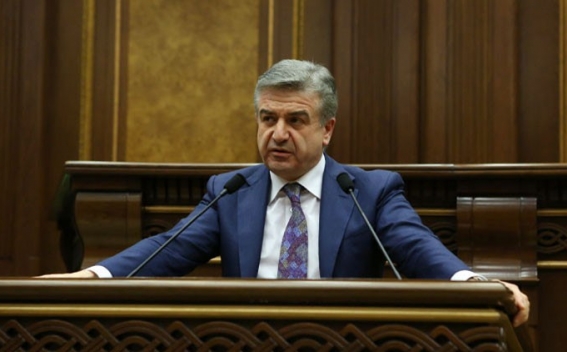 Acting PM Karen Karapetyan is convinced that joining the Eurasian Economic Union (EEU) was a correct decision for the country. According to Armenpress, Karapetyan assures that joining the EEU did not limit Armenia's entry to other markets. He said that Armenia entered a market of 180 000 000 and got privileged regimes.

"In addition to the fact that we developed our domestic potential with this, we also solved an issue of inviting investors," he said.

Karapetyan noted that Armenia has not restricted its access to other markets by joining the union. The acting PM said that the growth of imports and exports of Armenia in 2017 was mostly associated with other markets.

He reminded that Armenia has the GSP+ regime with the EU and GSP with the US, Japan, Canada, Switzerland and other countries.