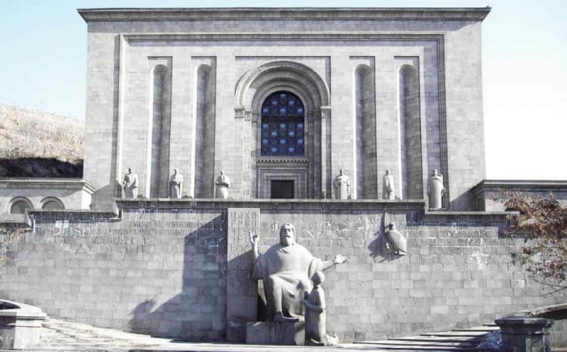 Apart from the letter, the Мinistry donated  the copies of a number of other archival documents displayed during an exhibition organized as part of the events marking the 25th anniversary of the establishment of diplomatic ties between the two countries.

The donated materials include a letter by Hovhannes Aivazovsky’s brother Gabriel Aivazovsky, an Archbishop, scientist and historian, addressed to Russian Foreign Minister A. M. Gorchakov (written in 1857), as well as a decree by Catholocos Ghukas I Karnetsi issued to Russian Tsar (emperor) Paul I in 1979, a decree of Catholocos Yesai – to Tsar Peter the Great issued in 1716, etc.