Cooperating with Iran is a Necessity for Armenia: Expert 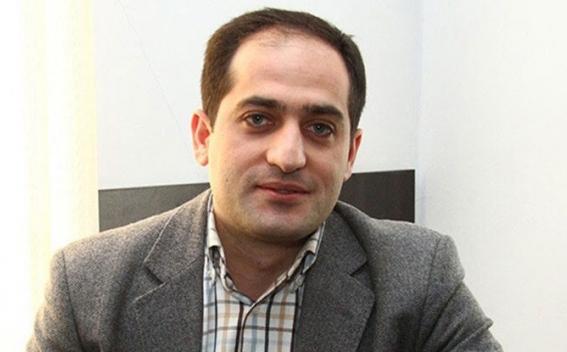 On April 2, 2015, in the Swiss city of Lausanne, Iran and the international mediators, Russia, the United States, China, France, the United Kingdom and Germany, reached an agreement on Iran's nuclear program.

However, US President Donald Trump has been criticizing Barack Obama for such a deal since the pre-election period. Trump urges European allies to ratify the agreement’s ''terrible flaws'' otherwise threatening to restore sanctions against Iran. On May 8, the United States announced that it had withdrawn from a nuclear deal with Iran.

Other parties of the deal, France, Great Britain, Germany, Russia and China, urge Washington to remain loyal to the document by which Tehran has agreed to limit its nuclear experiments if the western sanctions were eliminated in return.

- Mr. Israelyan, how do you assess the recent developments around Iran's nuclear deal?

- This has been the US President Trump's political plan since the past year, which he put it forward after assuming his office. But all this is also connected with the domestic political developments in Iran as it is obvious that the opponents of the Iranian President Rouhani's government, the conservative circles, and most of the military leadership were against the signing of a nuclear deal and that the main accents of the opponents during the presidential elections of 2017 were related to that agreement. They also accused Rouhani of failing, believing that he did not make any positive changes in Iran. In other words, we can state that the US has also taken into consideration the inner-political moods of Iran.

From all of this we can only suppose what kind of developments can be expected in the upcoming elections in Iran.

- US continues to extend sanctions against Iran. What can follow such developments?

- The economy of Iran is in a very difficult situation and one of the most important challenges of the 2nd term of Iranian President Rouhani's job is to bring the economy out of that situation. But it is also worth noting that Iran is in a political crisis with a variety of issues as well.

After the nuclear agreement, Iran was able to establish economic ties with a small number of countries. It can be said that Iran was trying to make investments in banking transactions and other means to regulate economic issues.

Therefore, it can be said that the introduction of US sanctions will have a negative impact on the Iranian economy.

- What are the challenges for the region and, in particular, for Armenia, in the context of developments in the nuclear program and the possible sanctions by the United States?

- Regardless of the kind of rhetoric used by the Iranian authorities in their propaganda, we understand that it aims only to calm down the society. However, it is obvious that Iran itself realizes that it faces serious problems.

As for the region, in particular the border with the neighboring countries, it should be noted that trade transactions and transfers were hardly realized. And if these countries are under pressure for dealing with Iran, it will be difficult to avoid problems. It should be noted that in the last few days banks in Georgia blocked the accounts of Iranian citizens. Some officials link this fact with the US sanctions, and some with the money laundering rules. Nevertheless, it can be stated that Georgia, with which Iran has been actively engaged in economic cooperation recently, has already faced problems.

And as for Armenia, we have certain hopes and projects related to Iran. However, if we clearly formulate our agenda and ensure smooth implementation of the ongoing programs, at least we will not be "threatened" at this stage, because we do not implement such programs that can be considered problematic.

It is also worth mentioning that we have a precedent in cooperating with Iran: Iran-Armenia gas pipeline has been built during severe sanctions against Iran.

In the period of heavy economic sanctions against Iran, Armenia has been able to cooperate with its European and American counterparts, clearly explaining that cooperation with Iran is necessity for Armenia taking into account country’s total blockade. We must state that Armenia has always followed international laws, resolutions of the UN Security Council.