Historic Agreement between Greece and Macedonia: Will Their Societies Support It? 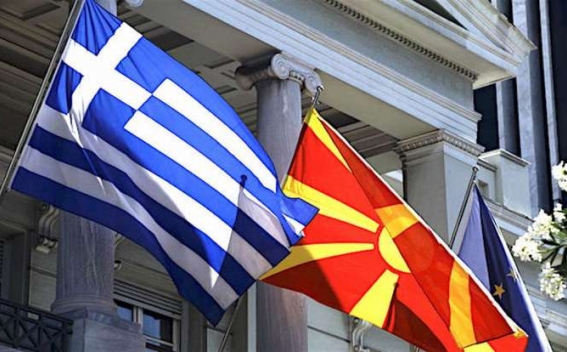 Greece and Macedonia signed a historic agreement on June 17 to change the name of the former Yugoslav republic to the Republic of Northern Macedonia. Thus, the long dispute between the two countries, lasting for three decades, seems to be over now.

The new name should be approved at a referendum in Macedonia, which is scheduled for autumn. After this, the Greek and Macedonian parliaments must ratify the agreement. And only after the corresponding amendments to the Macedonian Constitution are made, the historic agreement will come into force, opening the doors to NATO and the European Union for the country. Note that Greece blocked all negotiations on the membership of Macedonia in these structures because of its name.

It is not excluded that the agreement reached between the parties was influenced by NATO and the EU. The latter fear that in case of incomplete integration of Macedonia to these structures the country will have a high level of Russian influence. Therefore, it is possible that the European structures used direct and indirect leverage on both sides, so that they could come to a compromise. In this context, the decision of the European Commission to transfer one billion euros to Greece, which is in an economic crisis, is rather noteworthy.

It should be mentioned that although the agreement may have a positive impact on regional stability, security and socio-economic development, both Greek and Macedonian authorities will have to make their own societies "digest" this agreement. The Greeks are categorically against the use of the word "Macedonia" in the name of the neighboring country. They believe that in this way the neighboring Slavic country is trying to steal the history of Greece and present itself as the heir of Alexander the Great, which, among other things, can lead to territorial claims against Athens. And even Skopje's refusal of the symbols associated with Alexander the Great does not soften the position of the Greeks. According to public opinion polls, 68 percent of the Greeks are against this agreement.

As for the Macedonian public, note that the use of the name Macedonia is a matter of preserving their national identity. Although the agreement stipulates that Macedonian citizens will be called "Macedonians", and the state language - Macedonian, which will counter possible claims from Bulgaria and Serbia, the Macedonian nationalists believe that renaming the Republic of Macedonia to Northern Macedonia can harm the unity of the country, and that the second ethnic group of the country, Albanians (25 percent) can try to demand independence taking an example from Kosovo.

Undoubtedly, nationalists who have great influence on the political life of the country will do anything possible to ensure that the agreement does not enter into force. The President of Macedonia, who is the representative of the nationalist party, has already stated that he will not sign the agreement signed by Prime Minister Zoran Zayev in case the parliament ratifies it.

Greece is also very radical in this matter. On June 16 the opposition raised the issue of mistrust to the government of Tsipras, but this initiative did not receive enough votes.

Under such circumstances, it is possible that the historic agreement between Greece and Macedonia, instead of settling the dispute between the two countries, will lead to an internal political crisis in Greece and Macedonia. After all, any settlement reached through negotiations can be successful only if it is supported by both societies that are also parties to the problem.