Russian-Azerbaijani Rapprochment or What Messages Does Russia Send to Armenia? 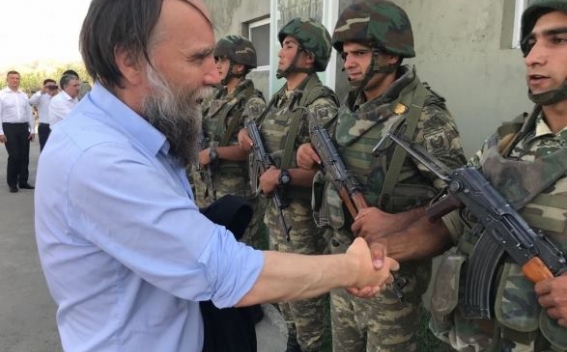 All the latest statements of the Azerbaijani authorities and the actions of their armed forces can be regarded as preparatory actions for the war. Positional changes of Azerbaijani troops in Nakhijevan, the accumulation of military equipment and armed forces on the Karabakh-Azerbaijan border and large-scale military exercises are accompanied by aggressive statements by the military-political leadership of Azerbaijan. Moreover, in all this logic, Azerbaijan skillfully accommodated the conference held on July 1 in the Azerbaijani village of Jodzhug Marjanli on the high-profile topic "Azerbaijan is Russia's only ally in the Caucasus." At the conference, the Russian side was represented by a number of pro-Azerbaijani politicians, including the head of the International Eurasian Movement Alexander Dugin, journalist Maxim Shevchenko, State Duma deputy Dmitry Saveliev and others. The fact that the conference was held under such a name and in this format, and even the fact that a number of members of the Russian delegation visited Leletepe, the height on the southern border of Artsakh, which came under Azeri control as a result of the April four-day war, is certainly not that green light for Azerbaijan, which will allow it to launch large-scale military actions in Karabakh. It is noteworthy that the Russian political and public figures who visited Azerbaijan represented only themselves and everything that was said at the conference, in fact, should not have any influence on the Armenian-Russian relations. However, such statements, made by them even on an individual level, are unacceptable from both a political and a moral point of view. Let's not forget that Armenia is Russia's strategic ally...

At the same time, it is naive to believe that the participation of these people in the work of the conference could take place without the knowledge of the Russian authorities. Let's not forget that we are talking about Russia, where almost nothing happens without the consent and approval of the Kremlin, and especially this could not happen in case of such a delicate topic as the Karabakh problem. The messages of Russia were directed both towards Armenia and the international community. The world community once again demonstrated that Russia owns the whole situation in the region. As for the Russian message to Armenia, this issue should be studied and understood in more detail. It is not excluded that by this step Moscow wanted to demonstrate to the Armenian authorities what exactly could happen if the new Armenian authorities turned their attention to the West.

The fact that Russians are now irritated by the proximity of Armenia to the West is already being said by Russian experts who are in close contact with the Kremlin. Deputy director of the CIS Institute, military expert Vladimir Evseev, for example, said in an interview with Rusarminfo that "Armenia should be concerned not only with the private visit of Russian figures to Azerbaijan, but also by its rapprochement with the countries of the West and NATO." In any case, it seems that now the ball is on the field of the Armenian authorities, and much can depend on their future actions.