Have Russia and US Reached Any Agreement on Karabagh Issue? 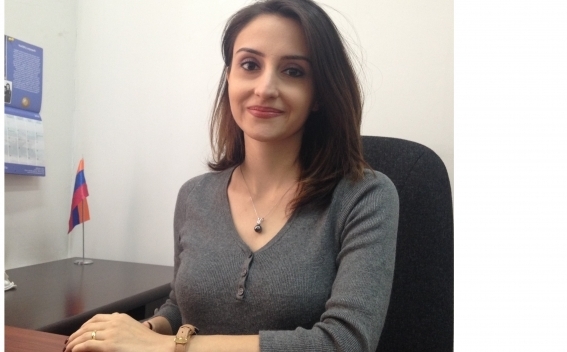 By the various officials from the OSCE Minsk Group co-chair countries, statements and theses have recently been voiced, giving the impression that there are some backstage agreements, and significant changes can be expected in the Karabakh settlement process in the near future.

It should be noted that at this stage of resolving the conflict, the American side began to play a more active role. For many years, it was assumed that, regardless of contradictions and conflicts in different parts of the world, in the context of the Karabakh problem, Russian-American relations are in harmony, and this is a good example of effective cooperation, the so-called "success story".

And according to this logic, the United States almost always gave the Russian side the prerogative of an active mediator, periodically stating that the theses voiced by the Russians were achieved with the consent of three parties (the United States, Russia, France). Today, however, the picture is somewhat different.

To understand the American position, it is important to consider the recent statements of two American diplomats. The talk is about US Ambassador Richard Mills' interview with EVNreport, and a statement by former co-chairman of the OSCE Minsk Group, James Warlick, made during the discussion "Frozen Conflicts and the Kremlin's Agenda" organized by the Atlantic Council.

Both US diplomats made statements that may be of great importance for understanding current tendencies in the settlement of the Karabakh conflict. First of all, this is Mills’s "land for peace" thesis and Warlick’s statement that "the settlement proposed by Lavrov is not so different from the settlement that we would suggest."

It is naive to believe that Ambassador Mills does not understand the difference in the approaches of "territory in exchange for peace" and "territory in exchange for status." Such a statement from the United States contains dangerous shades, as it can be perceived in Azerbaijan as a signal that the international community, represented by the American side, supports the Azerbaijani scenario of the settlement of the Karabakh conflict. This contradicts the logic of the peaceful settlement of the Karabakh problem within the framework of the OSCE Minsk Group and can seriously affect the effectiveness and impartiality of this format. Such an approach does not contribute to the peaceful resolution of the conflict; moreover, it encourages the aggressive policy of Azerbaijan.

On the other hand, which is more logical, Mills’s assertion can be perceived as the consent of the American side with some Russian plan or the so-called "Lavrov plan". Note that some continue to speak of this plan as a legend, while others see it as a reality. However, according to that ''plan'', the basis of this scenario is the same "land for peace" formula, and the problem of Karabakh status is postponed for an uncertain future.

This approach also confirms the statement by James Warlick that Lavrov’s plan for a peaceful settlement of the problem is practically no different from what the Americans would suggest. This means that at least the two countries co-chairing the Minsk Group, Russia and the United States, have clearly deviated from the policy of providing the conflicting parties with balanced solutions that reflect the interests of all parties to the conflict, and not just pro-Azerbaijani interests.

By the way, all this is likely to be the subject of discussion during the visit and meetings of the National Security Adviser to US President John Bolton and Counselor and Private Attorney Rudy Giuliani, who is already in Yerevan.

In any case, it is a bit difficult to draw optimistic conclusions from the above. The main encouraging thing is the strength of the spirit of the Armenian soldier. The soldier who heroically fought off the attacks of the enemy during the April four-day war. The soldier who is the real guarantor of the security of Armenia and Artsakh.