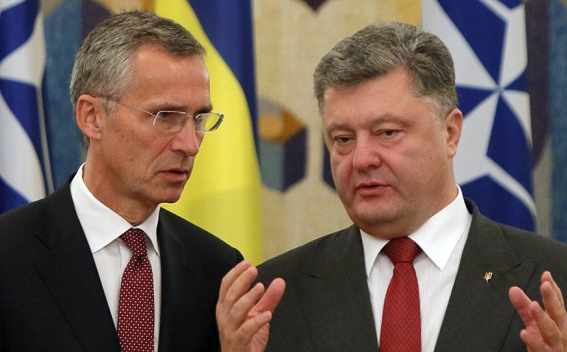 President Petro Poroshenko and Secretary General of the North Atlantic Treaty Organization (NATO), Jens Stoltenberg, have agreed to immediately convene a meeting of the Ukraine - NATO commission over the Russia's aggression, ukranews.com reports.

Press Secretary of the President of Ukraine Sviatoslav Tseholko has written this on Facebook, Ukrainian News Agency reports.

"President Petro Poroshenko has had a phone conversation with Secretary General of the North Atlantic Treaty Organization (NATO), Jens Stoltenberg… Poroshenko and Stoltenberg agreed to immediately convene an extraordinary meeting of the Ukraine - NATO commission due to the Russia's aggression," he wrote.

According to the report, Poroshenko informed Mr. Stoltenberg about the act of Russia's aggression against Ukraine in the Black Sea and the Sea of Azov water zones as well as about Ukraine's intention to impose martial law.

As Ukrainian News Agency earlier reported, on Monday at 4 p.m., the Verkhovna Rada of Ukraine will consider approval to the President Petro Poroshenko's decree on imposition of martial law.