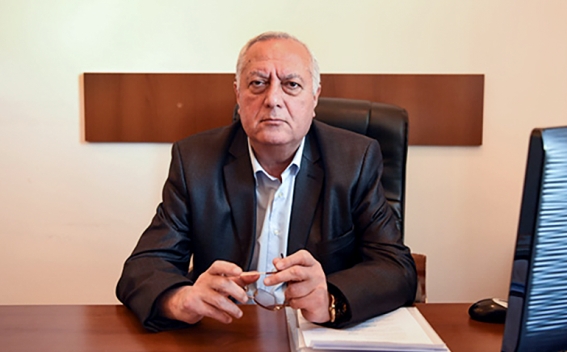 - Given that there is little information it is difficult to assess the results. But obviously any high ranking meeting is better than a war.

- There is a lot of stress on bringing Artsakh to the negotiation table. Do you think it is realistic in the near future?

- We emphasize Karabakh participation in the talks process on behalf of Artsakh authorities. We have been saying this for years and that format should be recovered to finally settle the issue. However, Azerbaijani authorities are against it. Particularly the recent statement of the OSCE Minks Group co-chairs seems to have inspired Azerbaijan with the latter having toughened their rhetoric. If these talks or meetings are going to be continued the Karabakh side must be engaged, not at the last stage to sign a paper, but in preparing that paper, as it is the destiny of Artsakh people at stake, and the issue can’t be settled without us.

- It has been 3 years today since the April war. How do you assess the possibility of resuming the war?

- The possibility of war is always there. Three years ago Azerbaijan unleashed a large-scale war. Some say it was not a war, others say it was a four-day war. It was, however, a war, and not a four-day one. There were military operations all through the month and unfortunately we had casualties. The danger of war is always there and we must always be ready for that. Indeed it has been relatively quiet at the border in the recent months, but it is not for granted. We must always be ready for any scenario.

Personally I don’t think that the Azerbaijani authorities are ready for any constructive dialogue with the Armenian sides. Even following the meeting with the Armenian authorities, they don’t say anything constructive whether for domestic use or it is their policy, they continue their claims that not only the liberated territories are theirs (by the way it is not accurate to consider those territories as liberated, they are enshrined by the constitution of Artsakh), but Artsakh is also theirs, and more than that, Yerevan is theirs. Thus, to my mind there is no Artsakh issue, there is an all-Armenian issue. And as once we unanimously liberated Artsakh, we must be ready to settle the issue.