Settling Humanitarian Issues Without Artsakh People Not in Place: Statement 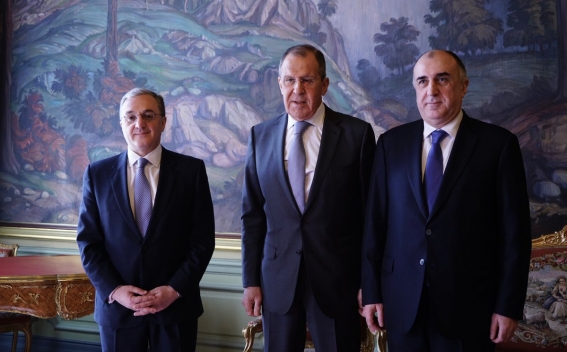 The meeting of the foreign ministers of Armenia and Azerbaijan, held in Moscow on Russia’s initiative and attended by Russia’s foreign Minister had a number of positive aspects given the final statement. Moreover, these aspects relate to both the political and humanitarian components of the settlement of Karabakh conflict.

First of all the intensity periodicity of meetings on Karabakh issue: Pashinyan-Aliyev meeting took place two weeks before on March 29, and yesterday on April 15, the foreign ministers of the two countries reached specific agreements and stated this in a general statement (which is not always easy to achieve). It is important that the settlement process is under the auspices of the OSCE MG, and that the sides touched upon three important components in their statement: the political aspects of resolving the conflict, the situation at the border and the prospects for establishing humanitarian cooperation.

It is also interesting that at this stage Russia decided to take the initiative again. At the same time, it is worth remembering that during the last 30 years of the Karabakh conflict, Russia, time after time comes up with its proposals, which are reflected on the Karabakh agenda and promote the process.

In the statement, made after the meeting of the foreign ministers of Armenia, Azerbaijan and Russia - with the participation of the OSCE Minsk Group co-chairs, the sides express their readiness to cooperate in three specific humanitarian areas,

- on permission of relatives to persons imprisoned in the territory of the sides,

- to establish contacts between people, including mutual travel of media representatives.

Obviously, that it is easier to reach agreement on humanitarian issues than on political ones. However, it is important that the agreements reached do not remain on paper, but be implemented. It is logical to assume that the sides more specifically agreed on the following:

That will be great if the doors really open to each other at least for mass media representatives (it is to be noted that the doors had never been closed to Azeris either in Armenia or Karabakh, rather they were closed in Azerbaijan). It is particularly important that the authorities of Armenia, while reaching such agreement with Azerbaijan, hold consultations with official Karabakh before any important meeting. And given the statement, Karabakh will have an active role in settling relationships, to begin with humanitarian issues. Although Karabakh’s being a subject in yesterday's statement is not stressed, the subtext is obvious. There can be no solution of humanitarian issues without those who live in Karabakh, at the border with Azerbaijan. And humanitarian issues are the first step towards a political and diplomatic settlement, which also will not go without Karabakh participation.