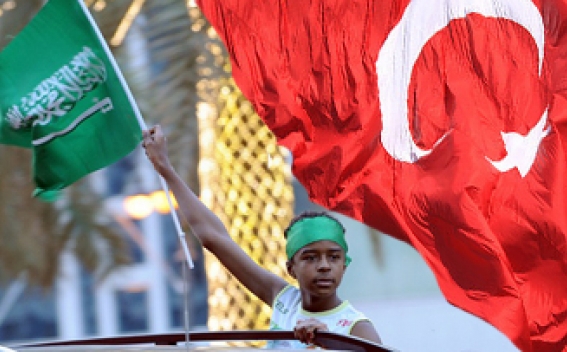 Libyan national army under Khalifa Haftar started offensive in the south of Tripoli and approaches the center of the capital. The government announced that Haftar’s operation involves foreign aviation without giving further details.

At this point there is no evidence of foreign engagement in the military operations, however external forces, regional countries in the first place, have genuine interest. Khalifa Haftar has the support of Saudi Arabia, Arab Emirates and Egypt, and the UN backed government that of Turkey and Qatar.

According to Haftar supporters the government in Tripoli is controlled by radical Islamist groups. Following the Arab Springs, Saudi Arabia and the United Arab Emirates have linked stability in the region to the establishment of military rule. The toppling or weakening of the ruling regime in Tunisia, Libya, Egypt, Syria, and Yemen as a result of 2011 developments led to the rise of Islamic extremism, including the formation of such terrorist organizations, as the Islamic State. Now the Arab monarchies, which also finance Islamic extremist groups, are trying to strengthen military positions in the region for stability, as it happened in Egypt as a result of the military coup in 2013. By the way, Egypt has a special interest in Libya, as the Egyptian government has quite strong ideological enemies in the Tripoli government, on behalf of the Muslim Brotherhood.

The order of the regional forces is the same in Sudan. Turkey and Qatar, who protect the ideas of the “Arab Democracy”, are trying to prevent the military power in the African country and Saudi Arabia, UAE and Egypt, vice versa. Saudi Arabia and the United States have provided $ 3 billion financial aid to Sudan facing serious economic hardships after a military coup, but the Sudanese society is resolute in achieving democratic changes and would not agree on the preservation of the Military Council after the coup.

Thus, the leading countries of the Arab world and the coalition of Turkey and Qatar have strives in regional policy not only regarding the issue of cooperation with Iran. These disagreements are gradually gaining momentum with diverse expressions in bilateral relations. Perhaps these disagreements also account for the Turkish government's overwhelming unrest on the assassination of a Saudi journalist in the building of the Saudi Consulate in Istanbul.

It is these disagreements that drive the developments on the recognition of the Armenian Genocide in Arab countries. Particularly, the UAE media have written about their intention to recognize the Genocide. The Saudi media have broadly covered the topic condemning Turkey's denial policy. The Eastern Libya government has announced its intention to recognize the Armenian Genocide. There have been active discussions on this topic in Egypt in recent years.

Speculation on the Armenian Genocide on behalf of Arab countries having no diplomatic relations with Armenia, including Saudi Arabia, testifies that the disagreements between the two Sunni coalitions are getting increasingly tense, deteriorating the stability in the Middle East.