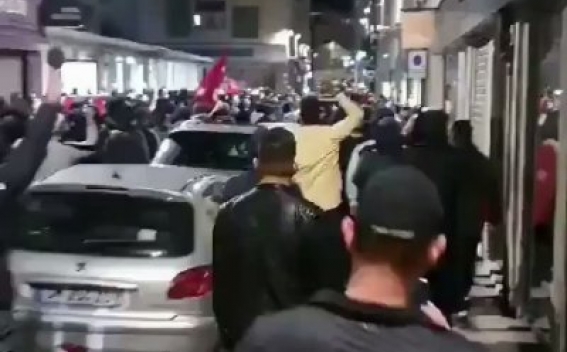 Hundreds of Turks took to the streets in Lyon, France, during curfew at Wednesday night, searching for Armenian business premises to destroy them news.am reports.

On Wednesday morning, the Armenian protesters had closed off the highway leading to Valence and Vienne, expressing their protest against the aggression of Azerbaijan and Turkey against Artsakh (Nagorno-Karabakh). During this demonstration, however, a group of Turks had attacked—with hammers and knives—these Armenian protesters, and as a result, more than ten people—including a child—were injured.

And at night, according to the police, a Turkish group of around 150 people was shouting threats in the streets of Lyon against Armenians, shouting, "Allahu Akbar" and "Where are the Armenians?"

A police statement said that this Turkish mob also attacked the police, but the latter showed restraint.