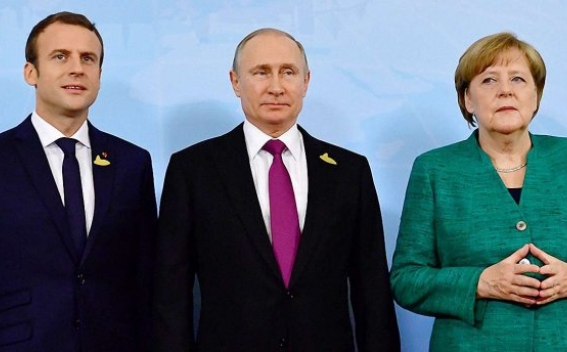 Russian President Vladimir Putin had a telephone conversation with Chancellor of the Federal Republic of Germany Angela Merkel and President of the French Republic Emmanuel Macron, he Kremlin press service said

The internal crisis in Ukraine was discussed in view of the disastrous policy of the Poroshenko administration and the change of government in Kiev. There was unanimity regarding the lack of alternatives to the 2015 Minsk Package of Measures as the foundation of a peaceful settlement.

The leaders held a detailed exchange of views on Syrian issues, including the numerous violations of the ceasefire in Idlib by radical armed groups. The President of Russia informed his colleagues about the measures being taken in cooperation with Turkey to stabilise the situation in the north-west of Syria, protect civilians and neutralise the terrorist threat.

Special attention was paid to the prospects of establishing and launching the Constitutional Committee, including in view of the agreements reached at the quadrilateral (Russia-Turkey-Germany-France) summit in Istanbul in October 2018.