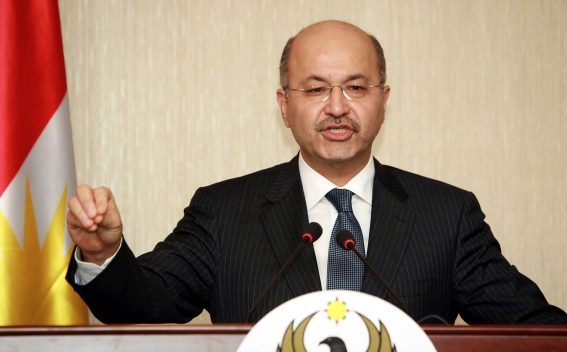 Baghdad will under no circumstances permit Washington to use airbases on the Iraqi territory for an airstrike on Iran, Iraqi President Barham Salih said in an interview with CNN on Tuesday, TASS reports.

"We do not want our territory to be a staging post for any hostile action against any of our neighbors, including Iran," CNN quoted Salih as saying. "This is definitely not part of the agreement between the Iraqi government and the United States."

The Iraqi leader reiterated that Baghdad invited the troops of the United States and the anti-terrorism coalition to its territory with only one purpose - to fight the Islamic State terrorist group (outlawed in Russia).