MYSQL ERROR: [1064]You have an error in your SQL syntax; check the manual that corresponds to your MariaDB server version for the right syntax to use near '' at line 1 The Conclusions Adopted by the EU Will In No Way Affect Turkey's Determination to Continue Its Hydrocarbon Activities in the Eastern Mediterranean: Turkish MFA
YEREVAN C°
RA CB:

The Conclusions Adopted by the EU Will In No Way Affect Turkey's Determination to Continue Its Hydrocarbon Activities in the Eastern Mediterranean: Turkish MFA 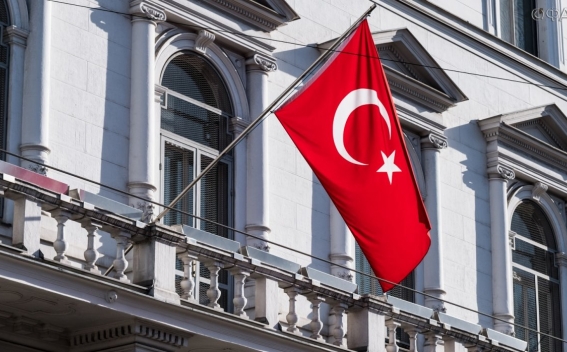 The conclusions adopted by the EU Foreign Affairs Council yesterday (15 July) will in no way affect Turkey's determination to continue its hydrocarbon activities in the Eastern Mediterranean, Turkish MFA informs.

''These conclusions demonstrate how prejudiced and biased the EU is with regard to Cyprus as they make no reference to the Turkish Cypriots, who have equal rights over the natural resources of the Island, in total disregard of their existence in Cyprus.

These conclusions are the latest examples of how the Greek Cypriot-Greek duo abuse their EU memberships for the sake of their maximalist positions and how other EU countries are instrumental to this end.

As to the second dimension, the solution is only possible if the rights of the Turkish Cypriots are guaranteed. In this context, the comprehensive cooperation proposal of Turkish Cypriots, made on 13 July 2019, which is also fully supported by our country, is an important opportunity for a solution.

EU’s preference for taking decisions against Turkey, rather than making use of this opportunity and encouraging the two sides to come together on the Island with regard to the hydrocarbon resources, is an ineffective, unrealistic and unconstructive behavior.

Our country will continue to protect both its own rights and the rights of Turkish Cypriots with determination, and will further boost its activities to this end. The EU, who has not kept its promises to the Turkish Cypriots since 26 April 2004, has no word to say to us in this regard.

It is also revealing to observe that these decisions were taken on a very important day for the Turkish people, the third anniversary of the heinous coup attempt of July 15'', MFA of Turkey reports.