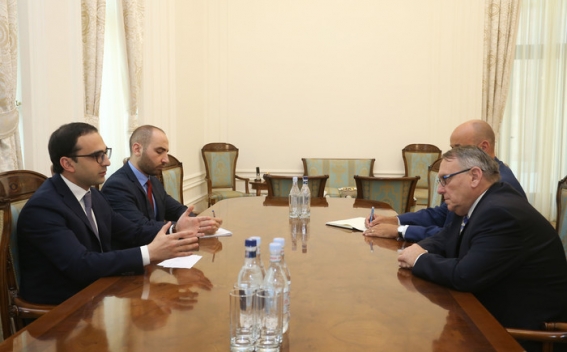 Congratulating the Ambassador on assuming office, the Deputy Premier said the Czech Republic is a reliable partner for Armenia. He pointed out that the ongoing high-level political dialogue provides a solid groundwork for developing multifaceted cooperation between the two countries.

Thankful for the reception, the Czech Ambassador assured of his willingness to spare no effort to raise the Armenian-Czech relations to a new level. The parties shared the view that there is huge untapped potential in trade and economy, and the two countries should make vigorous efforts to bolster economic exchanges.

The interlocutors reflected on EU-Armenia relations and the cooperation underway in the framework of the Eastern Partnership. Tigran Avinyan noted that the Comprehensive and Enhanced Partnership Agreement with the European Union takes on a new meaning against the background of those positive changes unfolding in our country.

During the meeting, reference was made to the EU-Armenia visa liberalization negotiations.