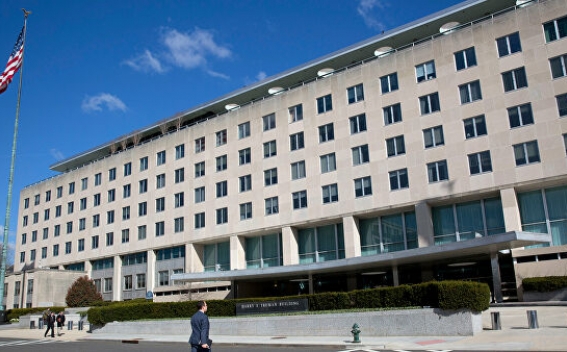 The United States has extended nuclear-cooperation waivers on Iran's civil nuclear program to "help preserve oversight" of the sector but at the same time imposed new sanctions on the country's construction industry because of its links to the hard-line Islamic Revolutionary Guard Corps (IRGC), RFERL reports.

State Department spokeswoman Morgan Ortagus said in a statement on October 31 that retaining the waivers will also "reduce proliferation risks, constrain Iran’s ability to shorten its ‘breakout time’ to a nuclear weapon, and prevent the regime from reconstituting sites for proliferation-sensitive purposes."

The waivers were among of the final remaining elements of the 2015 Iran nuclear deal signed by Tehran and six world powers.

U.S. President Donald Trump in May 2018 pulled out of the nuclear deal and began reimposing sanctions that had been lifted in the deal in return for curbs on Iran's nuclear program.

The waivers were extended for another 90 days to allow European, Russian, and Chinese companies to continue to work with civilian nuclear facilities in Iran without facing U.S. penalties.