Serzh Sargsyan Meets with US Ambassador 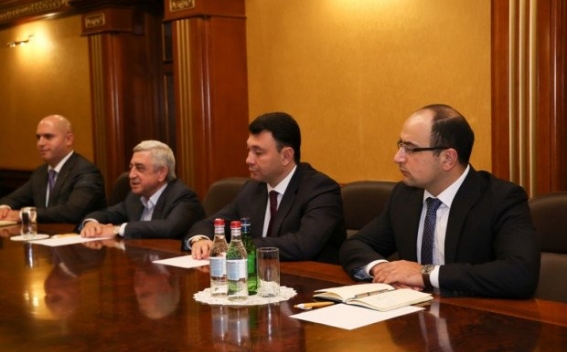 During the meeting, the Ambassador asked the President of the Republican Party of Armenia about the political party’s upcoming programs and areas of activities and assured that there would be regular meetings from now on.

At the request of Ambassador Tracy, Serzh Sargsyan also talked about the domestic political situation in Armenia and current concerns, the political party’s positions on the situation, touched upon issues and challenges in terms of the economy and security, the current state of the talks over settlement of the Nagorno-Karabakh conflict and the prospect for the development of relations between the US and Armenia.

Taking the opportunity, Serzh Sargsyan expressed gratitude for the US House of Representatives’ passage of Resolution 296 recognizing the Armenian Genocide.