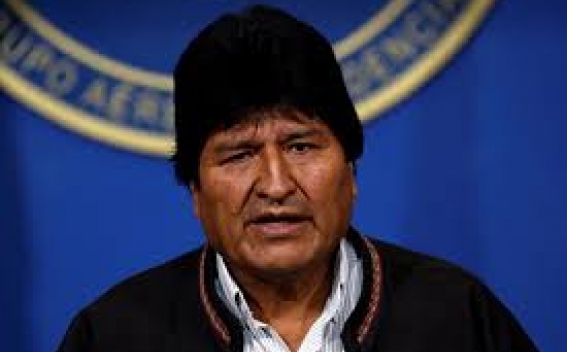 Mexico's Foreign Minister Marcelo Ebrard said Morales's life was in danger, and the decision to grant him asylum was in Mexico's long tradition of sheltering exiles.

Morales's government collapsed on Sunday after ruling party allies quit and the army urged him to step down in the wake of a disputed election, adding to a sense of crisis in Latin America, which has been hit by weeks of protests and unrest.

Looting and roadblocks convulsed Bolivia after Morales stepped down. He said "violent groups" attacked his house. His exact whereabouts were unknown, though it was believed he had left in the presidential plane for his stronghold of Chapare province.