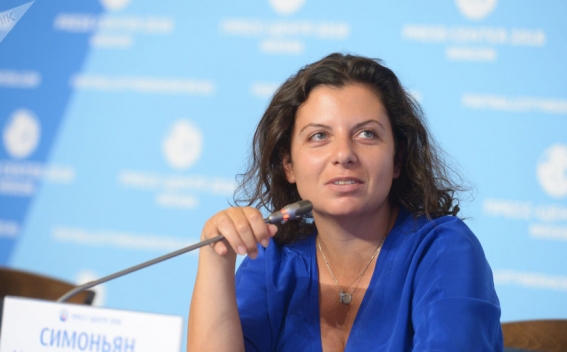 Sputnik / Vladimir Trefilov
The editor-in-chief of the "Russia Segudnia" group and RT TV, Margarita Simonian, offered to resign Bolivian President Evo Morales to present a program on the Spanish channel "RT", MBS News reports.
"I offer Morales a great job, a television show on the Spanish radio station," Simonian wrote on Twitter. "(Former Ecuadorian President Rafael) Correa is presenting TV programs for us … (on RT) for the second year."

Bolivian President Evo Morales announced his resignation on the back of protests against the outcome of the controversial presidential election since October, which resulted in his victory