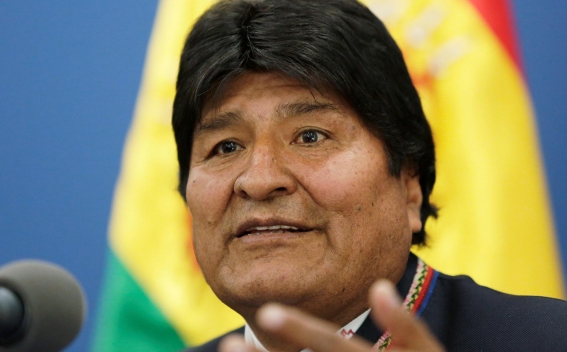 Ex-Bolivian President Evo Morales has been included in the senator candidates list for the upcoming May general elections, according to the preliminary list published by the Supreme Electoral Tribunal of Bolivia.

Leonardo Loza, the Movement for Socialism (MAS) member and also the biggest coca grower in Bolivia, confirmed that his party registered Morales as a first candidate in the preliminary list, Sputnik reported.

"I thank the different organisations, mainly from the department of Cochabamba, who [said] with absolute wisdom and unanimity that our brother president Evo Morales [could become] part of the National Assembly", Loza said, cited by Los Tiempos newspaper.

In the preliminary list, Morales is placed as the first candidate for Cochabamba, followed by the mayor of Vinto Patricia Arce and the leader of the tropics, Andrónico Rodríguez, also a coca grower leader of the Tropics, Iranpress reports.

The October 2019 election in Bolivia, which saw Morales re-elected, sparked mass protests in the country, leading to most of Bolivia's senior officials resigning.