A 6.4-Magnitude Earthquake Struck Near the Coast of Albania 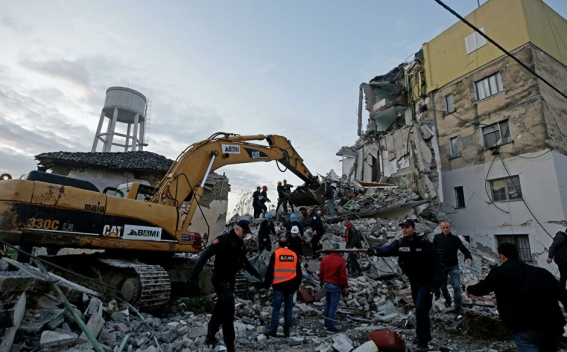 A 6.4-magnitude earthquake struck near the coast of Albania on Tuesday, killing at least one person in what was the country’s strongest earthquake in decades, NYTimes reports.

A government spokeswoman told Reuters that a person died in Kurbin after panicking and jumping out of a building. It was not immediately known how many people were injured, but a few people were taken to a hospital in Tirana, the capital.

Officials said the worst damage to buildings was in Durres, a port town. Videos posted to social media in the aftermath showed some damaged buildings.