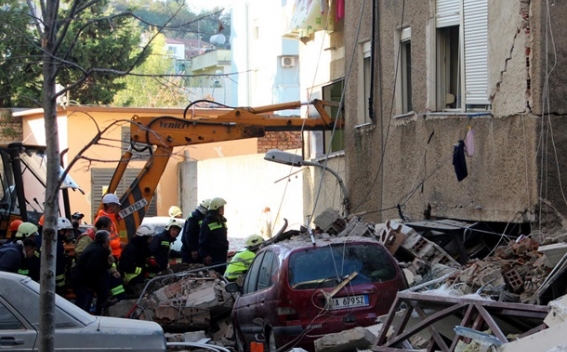 Rescue crews with excavators searched for survivors trapped in toppled apartment buildings and hotels Tuesday as the death toll from a powerful earthquake in Albania climbed to 22 in the evening, Albanian daily news reports.

The magnitude-6.4 quake was felt across the southern Balkans and was followed by multiple aftershocks, with several above magnitude 5. In nearby Bosnia, another temblor with a preliminary magnitude of 5.4 struck southeast of the capital Sarajevo, causing only minor damage.

The quake in Albania knocked down apartment buildings and hotels while people slept, and rescue crews worked into the evening to free more people believed trapped. There was no indication as to how many might still be buried in the rubble, as neighboring countries and European Union nations sent search-and-rescue crews to help.

44 persons were rescued so far as searches continue. Actually the Army Forces and the firefighters are conducting rescue operations in Thumane, Kenete and in some hotels in Durres as 'Mira Mare', 'Tropikal', 'Vila Palma' and a palace near the stadium