Armenian delegation to leave for Baku upon PM's decision 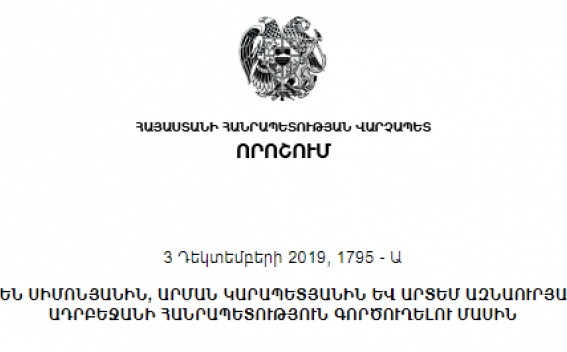 Upon the decision of Prime Minister of Armenia Nikol Pashinyan, from December 4 to 7, another Armenian delegation will leave for Baku, becoming the second group of Armenians leaving for Azerbaijan over the past twenty days.

During those days, Baku will be hosting the 14th meeting of the Intergovernmental Commission of the Transport Corridor Europe Caucasus Asia (TRACECA) and the meeting dedicated to the 20th anniversary of TRACECA.

Among the members of the delegation are Deputy Minister of Territorial Administration and Infrastructures Armen Simonyan, Head of the Division for Technical Policies of the Department of Automobile Transport Policies at the Ministry of Territorial Administration and Infrastructures Arman Karapetyan and Advisor of the Department of Multilateral Policy and Development Cooperation at the Ministry of Foreign Affairs Artem Aznauryan.