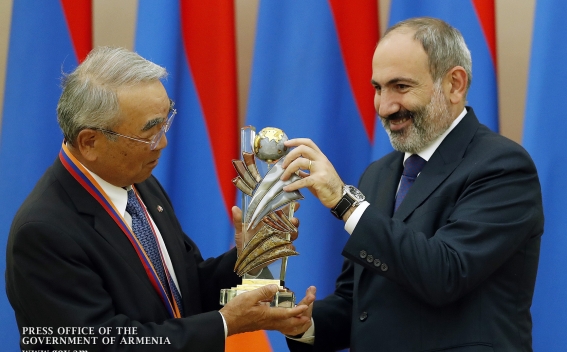 Prime Minister Nikol Pashinyan received Japanese scientist, Professor at Carnegie Mellon University, author of the Origami World Theory, author of the concept of virtual reality Takeo Kanade, who has won the State Prize of the Republic of Armenia for Global Contribution to Information Technologies.

The Prime Minister noted that the decision to award Mr. Kanade with the State Prize of the Republic of Armenia for valuable investment in the field of information technologies reflects the Government’s appreciation of his achievements. Nikol Pashinyan stressed that Mr. Kanade’s long experience in the sphere of science and high technologies could set an example for those young Armenians taking their first steps in the IT sector.

Takeo Kanade thanked Prime Minister Pashinyan for high appreciation of his activities, stressing that he sees a great future for developing the high-tech industry in Armenia. He presented his activities and expressed readiness to closely cooperate with the Armenian partners in a bid to forward his experience and skills.

Then the RA State Prize for Global IT Contribution was awarded during a ceremonious event. Prime Minister Pashinyan handed the prize to Japanese scientist, Professor at Carnegie Mellon University, author of the Origami World Theory and author of the concept of virtual reality Takeo Kanade.

During the reception held in honor of the State Prize laureate, the Prime Minister stated:
“Honorable Mr. President,
Dear Statesmen,
Foreign Ambassadors,
Laureate of the State Prize of the Republic of Armenia for Global Contribution to Information Technologies, Dr. Kanade,
Ladies and Gentlemen,

It is a great honor for me to host world-famous IT scientist, Dr. Takeo Kanade in Armenia.

The laureate of the State Prize of the Republic of Armenia, Dr. Kanade, has made an exceptional contribution in the field of three-dimensional image research, the development of virtual reality technologies and other important spheres.

Mr. Kanade’s revolutionary innovations came as a breakthrough in global science and technology to open up new horizons for scientists and for mankind, as whole. It is not surprising that Dr. Kanade has been awarded and, I am sure, he will be awarded many other prestigious awards.

2019 was a year of revolutionary developments in our country’s technological environment: Armenia strengthened its standing on international platforms. During the Global IT Congress and dozens of other events, Armenia brought together leading companies, thousands of scientists and high-profile IT experts, who had worked hard to ensure the rise of science around the globe.

This year marks the 10th anniversary of the inception of the State Prize of the Republic of Armenia for Global Contribution to Information Technology.

I would like to compliment and thank the organizers and contributors, as well as the laureates of previous years. Each of them has made an exceptional contribution to the recognition and promotion of Armenia as a technological country. This award has become a unique opportunity and a benchmark for us in the field of technology.

Our country is becoming not only recognizable on the global technological map, but it also sets a good example. As a country with great ambitions in the field of high technology, Armenia is developing rapidly and is strengthening its position on the technological map of the world. Our country is becoming a unique center in the sphere of global technologies thanks to its geographical location, integration with economic unions, significant intellectual potential and a wide range of opportunities coming from the Diaspora. This opens up new opportunities for entering international markets and establishing cooperation platforms.

Our development vision implies building a knowledge-based society, and a technologically advanced economy. Armenia, which has no access to the sea and lacks mineral resources, speaks the language of science and innovation. Armenia gave the world numerous scientists and inventors whose work has had a profound impact on research and industry. Due to its technological and scientific potential, as well as its achievements, our country used to be called the “Silicon Valley” of the Soviet Union.

The Armenian government has declared the high-tech sector a strategic direction. A free, non-corrupt and democratic state, a knowledge-based society and the state’s unconditional support for technological advances are a pledge for making bold investments in this area.

Mr. Kanade, I want to once again congratulate you on winning the State Prize of the Republic of Armenia for global contribution to information technology. I hope you will leave a strong mark on the development of Armenia’s technological sector, and Armenia will become an appropriate venue for you to solve the most difficult problems.

Once again, welcome to Armenia, a country with a technological strategy. You are always a welcome guest in our country. Thank you.”

Takeo Kanade thanked the Prime Minister, noting that it is a great honor for him to receive the State Prize of the Republic of Armenia for Global Contribution to Information Technology. Mr. Kanade stressed that Armenia is a good platform for high-tech activity and went on to highlight the role played by the National Polytechnic University of Armenia in training IT specialists. In Takeo Kanade’s words, there are many young people with great energy and potential in Armenia who can make a valuable contribution to progress in this field with their innovative ideas. 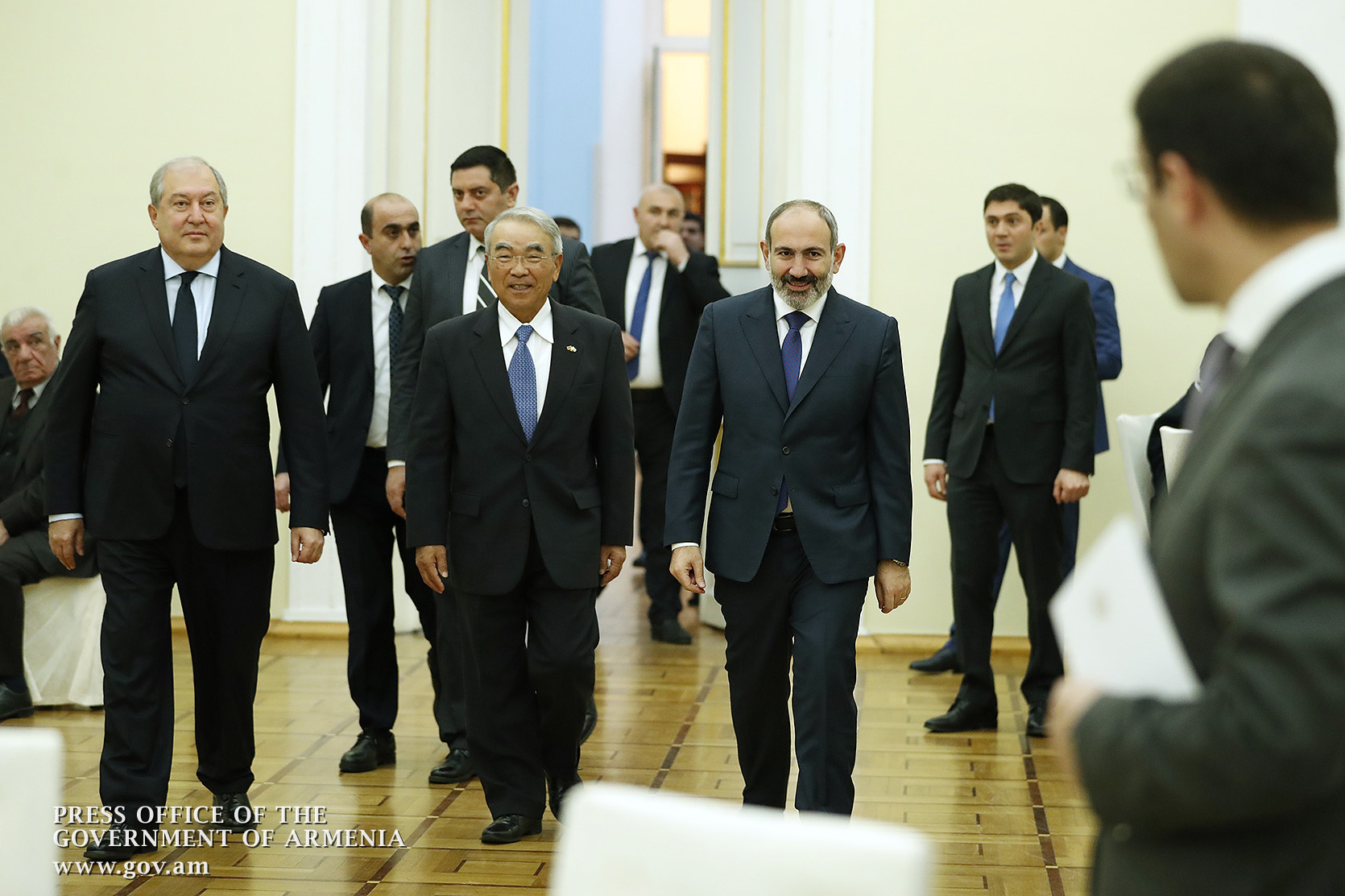 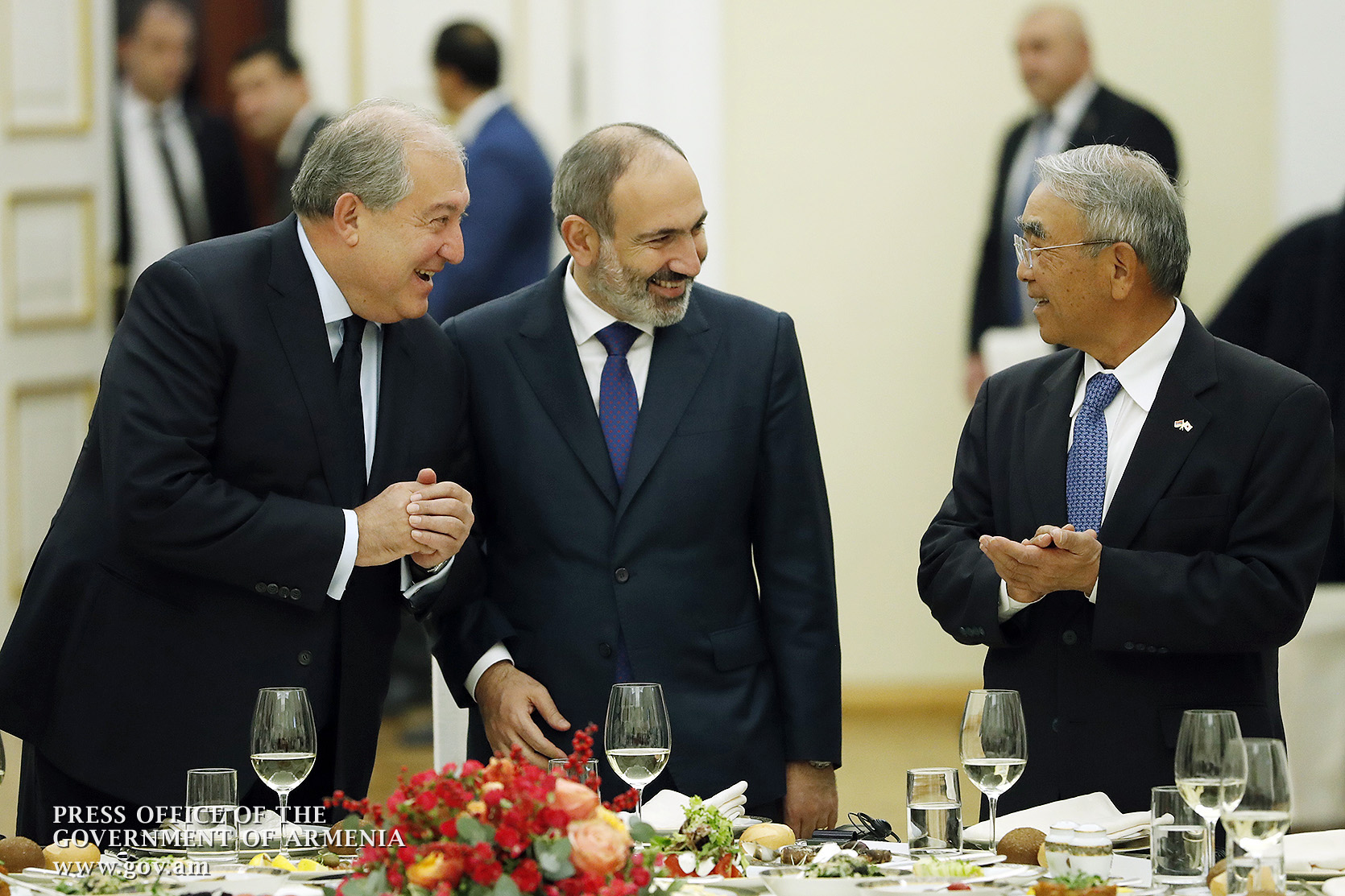 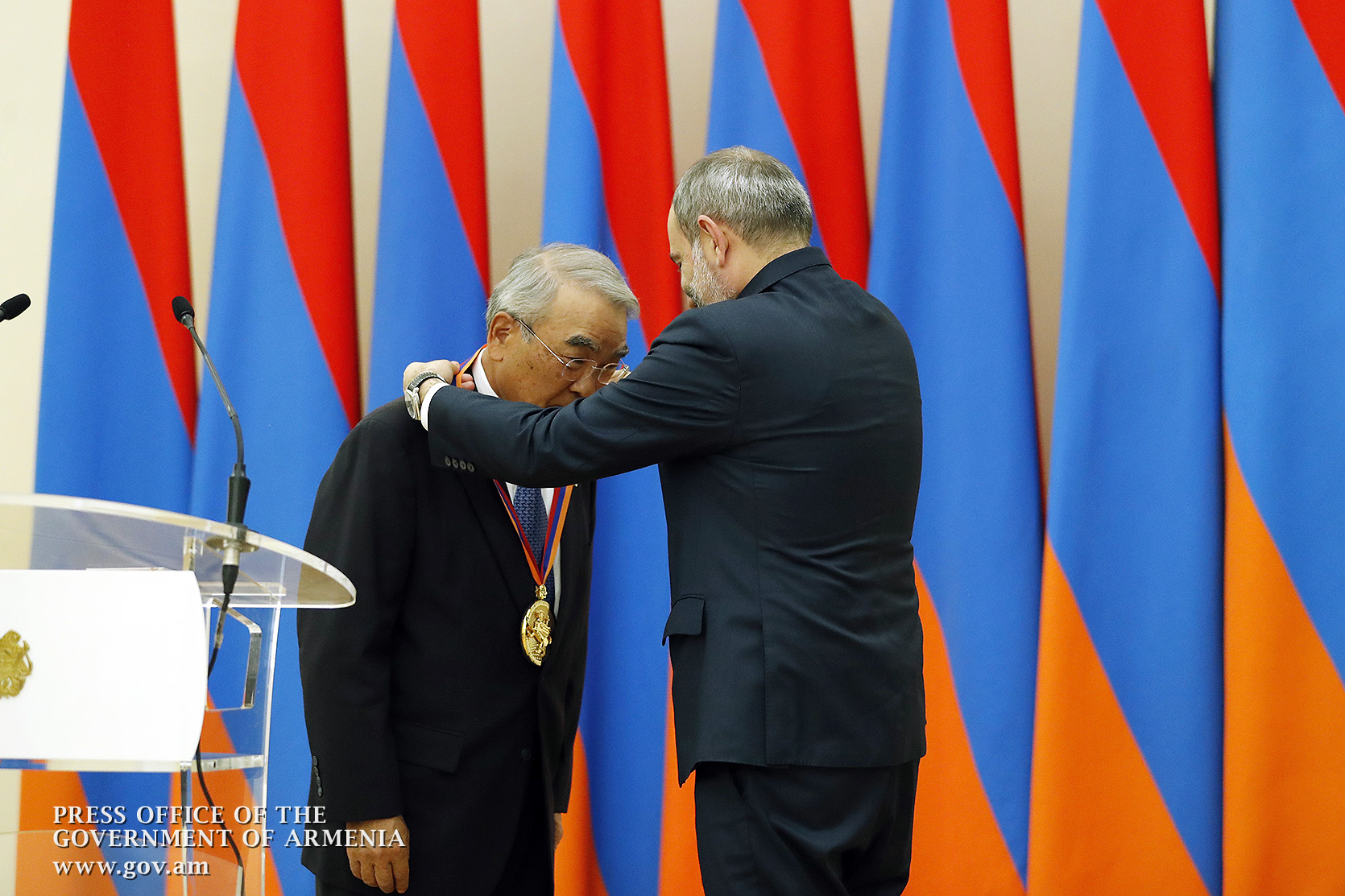 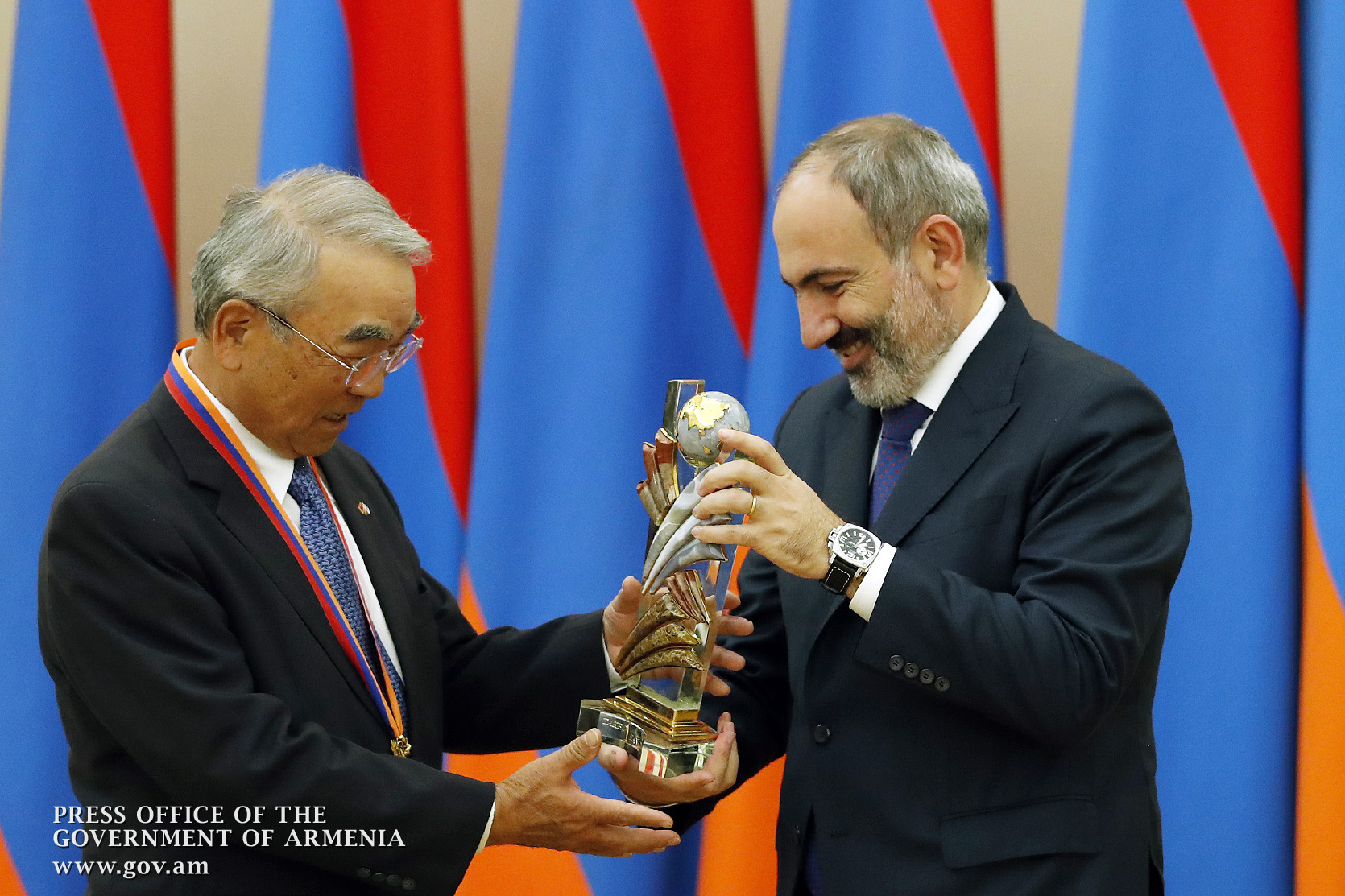 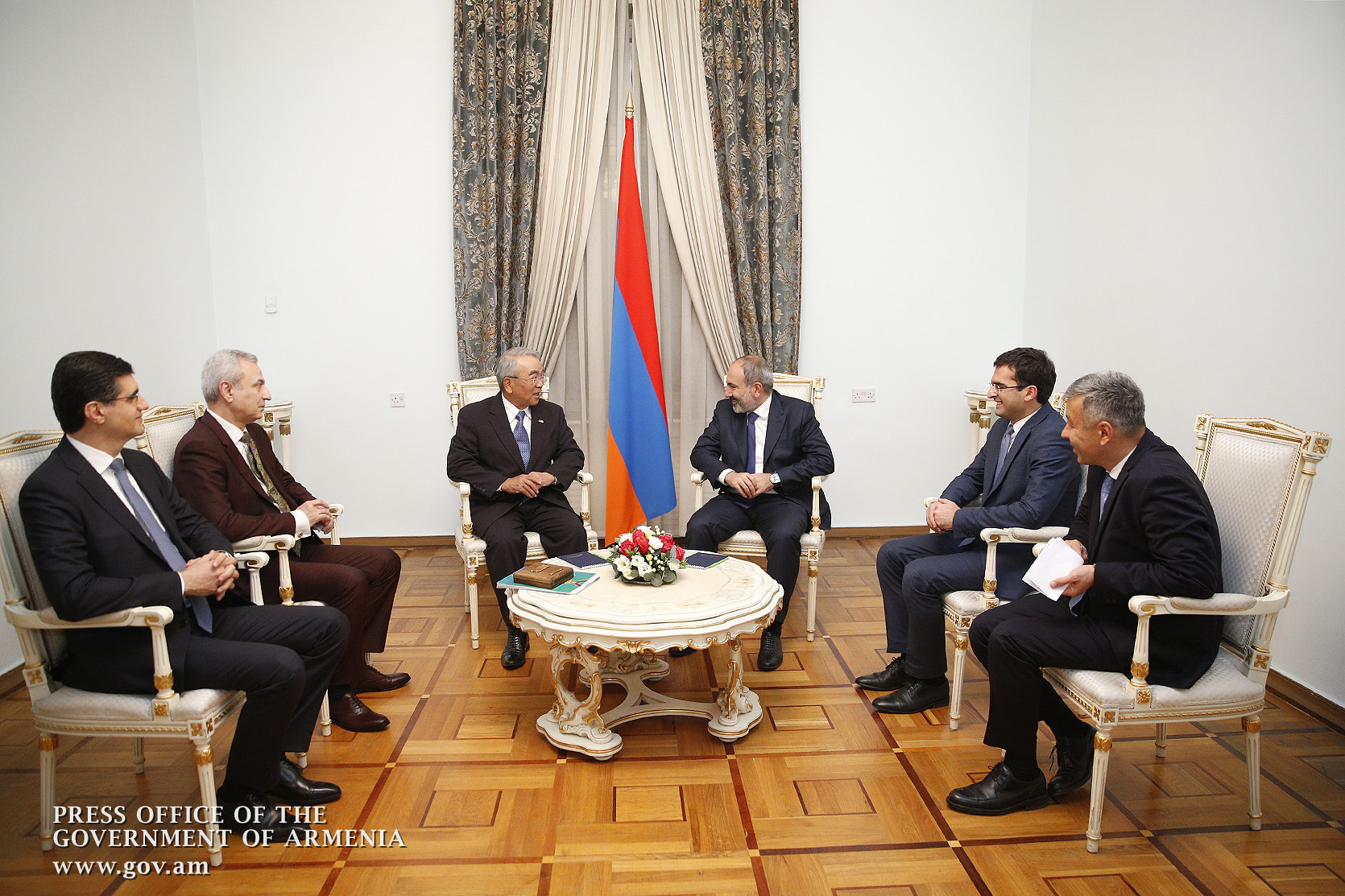 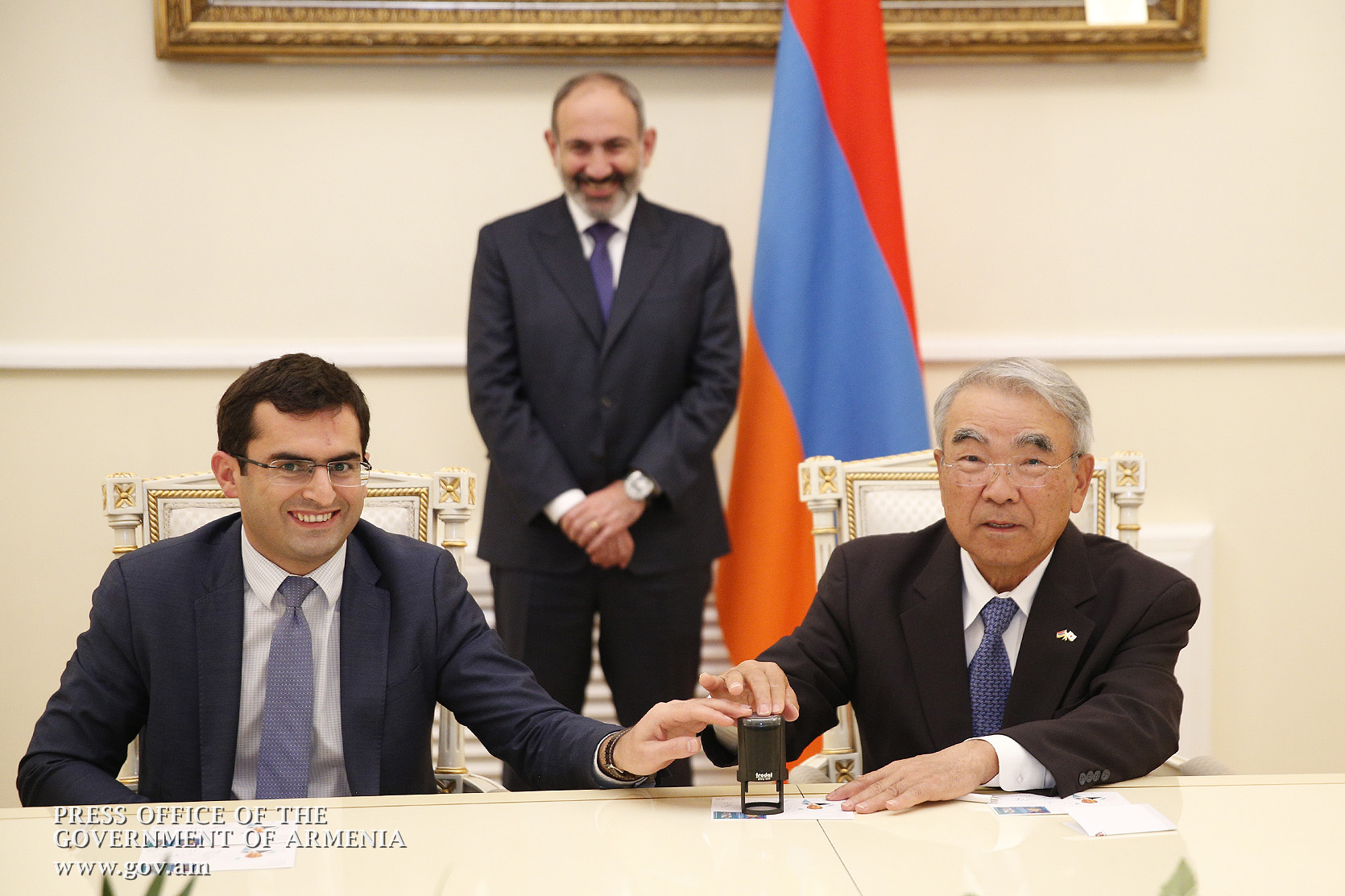 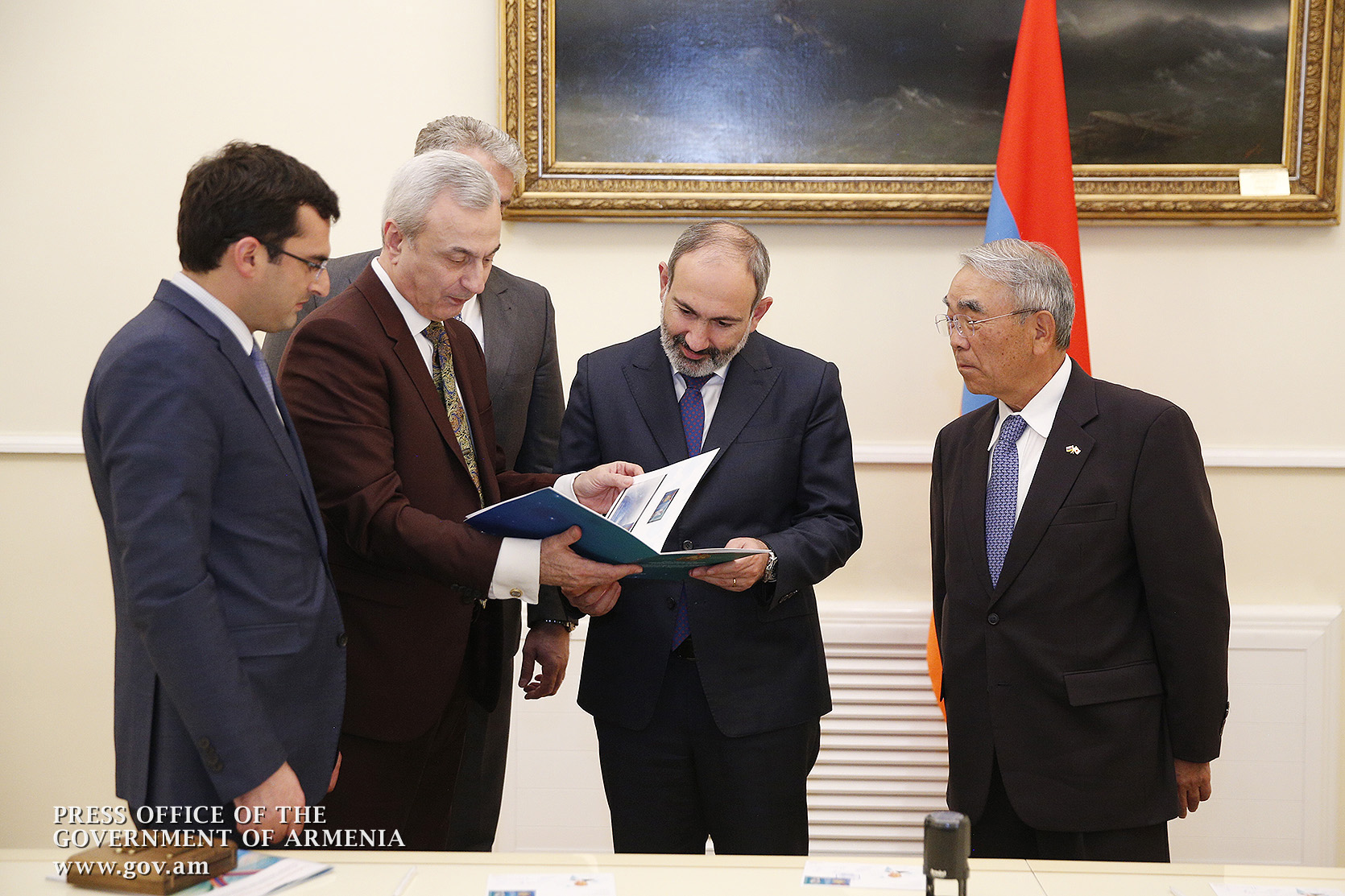 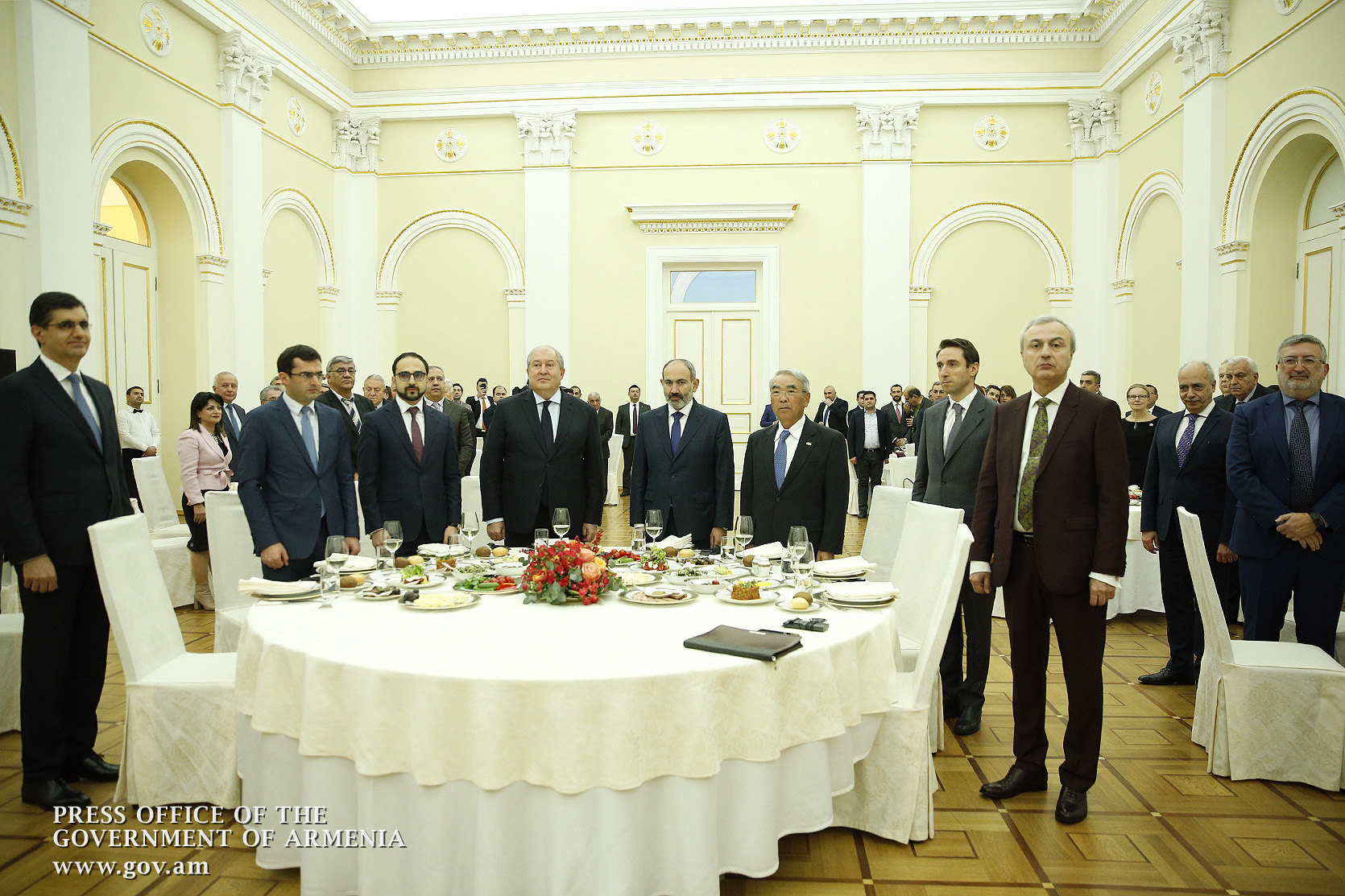