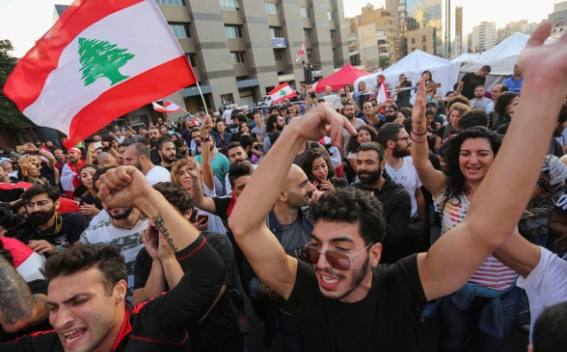 Protesters in Lebanon have resumed blocking several major roads in the capital, Beirut, and other areas of the country, in renewed demonstrations against a ruling elite deemed inefficient and corrupt, Al-Jazeera reports.

Rallies picked up following a brief period of relative calm, with demonstrators on Tuesday burning tyres and shutting off three highways leading to the capital from the country's south.

Students also took part in some of the protests and hundreds marched down main highways, raising Lebanese flags and blasting rallying songs through loudspeakers.

The nationwide demonstrations calling for a government overhaul began in October last year, leading to the resignation of Prime Minister Saad Hariri on October 29. In mid-December, Hassan Diab was designated as prime minister, but has so far failed to form an emergency government amid political divisions and jockeying for power.