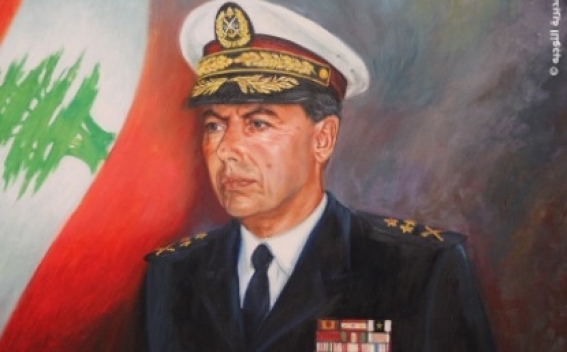 The Armenian community of Lebanon is considered to be one of the largest in the Diaspora and the Middle East. The majority of Armenians in Lebanon are descendants of settlers from Ottoman Turkey. It was to Syria and Lebanon that thousands of Armenian refugees fled, forming a number of compact settlements. Christians and Muslims of Lebanon created all conditions for Armenian refugees, Noev-kovcheg.ru writes.

Armenians, in turn, made a great contribution to the development of Lebanon. Throughout the history of living in the territory of the country, Armenians took an active part in the formation of the country and in various spheres of life: politics, culture, economy, art, religion. And, of course, it is worth noting that the three Lebanese Presidents have Armenian roots:

Kamil Nimr Shamun: President of Lebanon from 1952 to 1958. Shamun was born on April 3, 1900 in the city of Del-el-Kamar, on the territory of the Ottoman Empire in the Armenian-Maronite family.

Elias Yusuf Sarkis: President of Lebanon from 1976 to 1982. Sarkis was born in 1924 in Lebanese mountain village Shabanyakh. Elias's father was a pure-blooded Armenian, a settler from the Ottoman Empire, and his mother was a Coptic Christian.

Emil Jamil Lahoud: the 11th president of Lebanon, who held the post of head of state for almost ten years (1998-2007) was born in 1936 in the family of Lebanese general Jamil Lahoud, and an Armenian woman, Adrina Karabaghakyan, whose parents fled to Lebanon from the Ottoman Empire in the years of the Armenian Genocide. In the education of Emil and his brothers,  their grandfather on the maternal side, Minas played a great role. That is why, despite the Maronite father, Lahoud was brought up according to Armenian customs.

Emil followed the steps of his father and after graduating from school entered the Maritime Academy of Beirut. After that, he continued his studies at the naval college of Great Britain. A brilliant military career later made Lahoud the commander-in-chief of the Lebanese military forces. And in 1998, the parliament elected Lahoud, 62, as president. By common opinion, Emil Jamil Lahoud is crystal-clear, smart, honest, he does not like to appear in public, avoids journalists, writes Asekose.am.

During the civil war in Lebanon, Lahoud actively supported the Armenian community. It was him, who organized the protection of the Armenian population from Muslim attacks.

Under Lahoud, more than 40 Armenians held positions in Lebanese self-government bodies, Timetoanalyze.wordpress.com noted. Only in three cities in Lebanon, in Mountain Lebanon, Beirut and Bekaa, Armenians were elected to the posts of the mayor, vice mayor, councilor of the mayoralty and community leaders. Almost all of the elected candidates were represented by the ARF Dashnaktsutyun. And from the Social Democratic Party "Hnchak" and the party "Ramkavar Azatakan", one head of Beirut communities was elected. The Armenians were also elected as mayors of the cities of Purch Amut and Aynchra. It can be said that this was an exceptional phenomenon in the entire diaspora.

Emil Lahoud actively supported the Armenians in Lebanon, starting with a military career, to a presidential one and continues to do so until now. Emil Lahoud is married to an Armenian, Andre Amadean. The couple's wedding also went strictly according to Armenian customs, writes barev.today.

It was thanks to the efforts of Emil Jamil Lahoud that in 1997 the National Assembly of Lebanon adopted a resolution recognizing April 24 as the Day of Remembrance of the tragic massacre of the Armenian people. And in 2001, Emil Lahoud first visited Armenia.